Important: Stephen King Has a Corgi and You Need to Drop Everything and Look at Her

Yes, that is Stephen King, reigning master of horror, holding his adorable pet corgi. Her real name is Molly, but he likes to refer to her as the “Thing of Evil.”

Here is the story of Molly. King first introduced her in December, when he showed her as a tiny pup chewing on a Santa hat. So festive!

A few months later, in February, King shared a picture of a then four-month-old Molly showing that she seriously knows how to chill.

No seriously, she is so good at chilling.

In April, we learned that Molly spends her days dreaming up wicked schemes.

Then, in May, the author revealed Molly’s true nature as both a Thing of Evil and also a ferocious hunter.

We also got a glimpse of Molly’s fitness regimen.

In June, we found out that Molly is also a really skilled destroyer of inanimate objects.

Oh, and for the record, King did not decide to get a corgi simply because they are the stubby-legged, fluffy-butted darlings of the Internet. He revealed in a Throwback Thursday photo that he had a corgi named Marlowe back in 1995:

A few of King’s literary characters have even been corgis: Horace in Under the Dome and Daisy in The Regulators. 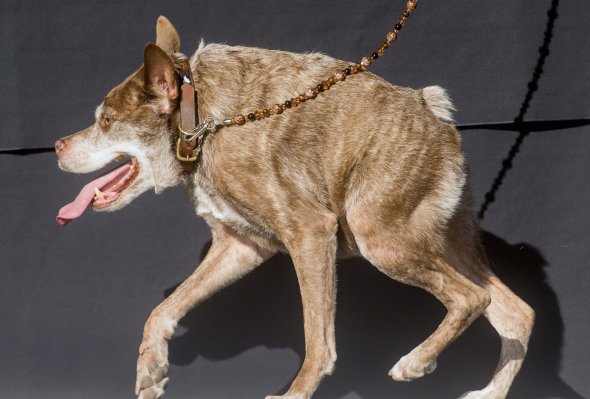 Watch Jimmy Kimmel Give the World's Ugliest Dog a Makeover
Next Up: Editor's Pick