A robot crushed a worker at a Volkswagen production plant in Germany, the company said Wednesday.

A 22-year-old man was helping to put together the stationary robot that grabs and configures auto parts Monday when the machine grabbed and pushed him against a metal plate, the Associated Press reported. He later died from the injuries. Volkswagen did not release the man’s name.

A spokesperson for the car company told the Associated Press that the robot can be programmed for specific tasks and that the company believes the malfunction was due to human error.

Though the company uses some lightweight robots to work on the production line next to humans, a spokesperson told the Financial Times that this was not one of those robots. The type of robot that crushed the employee is usually kept in a cage. The man was working on the robot inside the cage when he was grabbed.

Prosecutors are still deciding whether to bring charges and whom they would pursue. 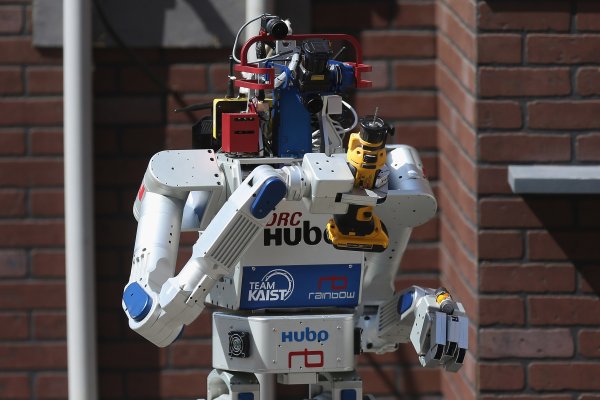