Donald Trump likes to say he’s “for traditional marriage”—but George Takei thinks there are some holes in Trump’s argument.

The Star Trek actor and Trump worked together back in 2011 when Takei appeared on season 5 of The Celebrity Apprentice, and during a press conference for the show, Takei—an LGBT activist—challenged Trump to discuss marriage equality over lunch. And to Takei’s surprise, Trump took him up on the offer.

Takei went on MSNBC’s The Last Word to tell host Lawrence O’Donnell how that lunch went, and apparently, it involved Trump holding onto his opinion—but also recounting recently going to his friends’ gay wedding.

“He said, ‘You know what, George, I just came from a gay marriage,’” Takei said. “And he told me, ‘They are good friends of mine, it was a beautiful marriage. They’re wonderful friends.’ And I said, ‘Then why can’t you support marriage equality? You go to weddings of same-sex couples.’ And he said, ‘Well, I’m for traditional marriage.’”

Takei said they ultimately “agreed to disagree,” but he thinks Trump’s stance could change: “I think he’s a businessman,” Takei said. “I think he’s capable of saying anything that will be good for business or in whatever situation he should find himself in.” Plus, Takei is suspicious of Trump’s idea of what “traditional marriage” is—especially seeing as Trump has been married three times.

“That is not traditional,” Takei said. “And I approve of his three-time marriage, because you want to find the person that you love … I think Donald Trump’s interpretation of marriage is something that he really himself doesn’t really believe in.” 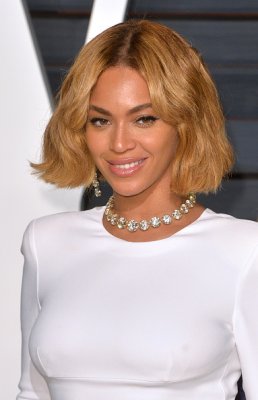 Watch Beyoncé Prove It's Never Too Late to Celebrate Pride
Next Up: Editor's Pick