How Fireworks Pollution Could Be Hurting Your Health

Fireworks on the Fourth of July dramatically increase air pollution, boosting exposure to potentially dangerous pollutants for millions of onlookers, according to a recent study in the journal Atmospheric Environment.

The level of particulate matter, or small pollutants like dust, dirt and soot present in the air, increased by 42% on average across the U.S. on the Fourth of July, according to the study. Air conditions are at their worst between 9 and to 10 p.m. on the day of the holiday. The researchers, who looked at data from 315 sites across the country, found that ten of the sites met a threshold deemed unsafe by the Environmental Protection Agency (EPA) when sustained for a prolonged period of time.

Extended exposure to particulate matter can lead to coughing, wheezing and even lead to an early death for people with pre-existing conditions like heart or lung disease, according to the EPA.

Not all fireworks are created equal, and a number of factors—including weather patterns, location of the fireworks and the size and number of shows—may determine levels of firework pollution, according to Seidel. One site in Ogden, UT, saw nearly a five-fold increase in particulate matter on the Fourth compared to an average day.

The researchers also found that many of the most-polluted sites coincide with the country’s most populous metropolitan areas. Los Angeles, Chicago and Seattle, for example, all experienced levels of particulate matter that exceeded the EPA’s safety threshold.

Avoiding firework pollution can be difficult, if not impossible, health experts say. People in the immediate vicinity of fireworks will experience the most pollution. From there, the particles will disperse throughout the area, hardly leaving any place untouched. People sitting downwind from the fireworks will receive the brunt of pollution, says Joel Schwartz, a professor of environmental epidemiology at Harvard University. Indeed, the EPA advises children and the elderly, along with people with heart disease, asthma and other lung diseases, to consider watching upwind from fireworks. But given how long particles linger, it may be difficult to avoid firework pollution altogether if you live in the vicinity of a fireworks show.

“Particles tend to stay suspended in the air for days,” says Schwartz. “They’re going to drift whichever way the winds goes, so it’s not just going to be the people sitting in the park watching the fireworks.”

But while the increase in pollution due to fireworks may sound frightening, most public health experts say those levels would need to be sustained for much longer before widespread health problems emerge. The EPA’s rules “discount” particulate matter from fireworks when evaluating dangerous pollution levels, according to a statement from an agency spokesperson. “It’s one day,” says Schwartz. “Your risk went up a little bit, but I don’t think it’s a major public health issue.”

In fact, even Seidel says she’s planning to watch the fireworks this year. “Yes, I will be watching,” she told TIME, “from a safe distance and upwind.”

Read next: Somebody Flew a Drone Into a Fireworks Display and This Is What Happened 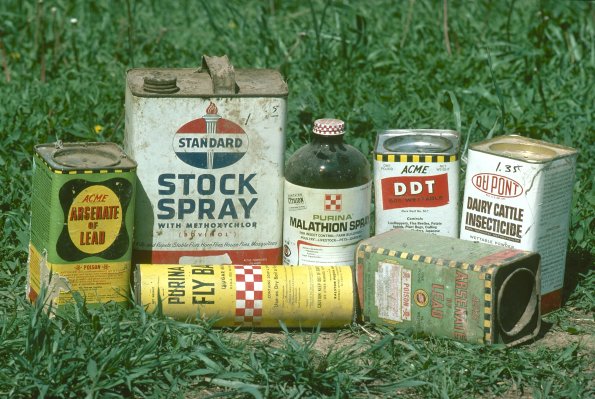 DDT Exposure During Pregnancy Linked To Breast Cancer
Next Up: Editor's Pick