Writing on Time.com, Mark Oppenheimer, a New York Times religion columnist, argued that in light of the Supreme Court’s recent decision to legalize same-sex marriage in all 50 states it was time to end tax exemptions for religious institutions.

Note Oppenheimer’s chilling qualification: “conservative churches.” Why “conservative” churches? Because theologically traditional Protestant and Catholic churches and Jewish synagogues will not bend the knee to the prevailing cultural winds concerning homosexuality and transgenderism, nor will they accede to the invasive, insistent demands of those who want them to.

This means no same-sex weddings or receptions in their facilities. No transgender or gender-neutral bathrooms. No hiring of openly LGBT teachers for the daycare or school. No membership for persons refusing to sign doctrinal statements affirming the historic Jewish and Christian belief that marriage is the union of one man and one woman, and that any sexual intimacy outside of such a union is an offense to God.

Currently, the tax-exempt status of such religious institutions (and schools, from pre-schools through graduate schools and seminaries), is protected under law. But not for long if Oppenheimer has his way.

He acknowledges the social good that many churches do, and the risk that charitable giving would drop if tax exemptions and deductions were removed. But his idea — drive charity away from churches and give it to the government instead — would further concentrate power in the hand of the state, a concentration the Constitution never envisions and which history tells us is profoundly dangerous. Given the massive inefficiencies and waste of federal “compassion” programs, not to mention the profound intergenerational dependence it has created, this idea is embarrassing on its face. Yet it’s one advanced with dead seriousness by Oppenheimer and his compeers in the anti-religious Left.

What about the separation of church and state — an idea the Left likes to draw like a gun every time religious faith seeks to participate in the public square? Is government to be the custodian of church property?

Oppenheimer seems unconcerned, too, with how churches would be affected by sudden, gigantic tax rates. Unlike what he seems to suggest, very few houses of worship sit in high-property-value areas. It’s more likely they are working to pay off building loans or sit on land that, while valuable, they could ill-afford to keep should a tax bill be levied against them. Living rooms in middle America are mostly quite spacious for a family, but they would have great difficulty holding congregations.

The limitation and diminishment of religious institutions Oppenheimer envisions would substantially denude America of its churches and synagogues. He offers little consideration to the many social benefits churches provide to their communities, whether in the Big Apple or Appleton, Wisconsin. These institutions offer not only a wellspring of moral instruction but also benefits to civil society and countless souls. For hundreds of years they have provided visible evidence of the transcendence without which no society can long endure, and they have ameliorated vast social needs.

For the government to assume such a role would be vastly expensive, and it would also consign millions of needy people into the hands of the federal bureaucracy. Perhaps most profoundly, by marginalizing churches and synagogues, our country would experience a moral impoverishment that in an era of family disintegration and cultural decay we cannot afford. 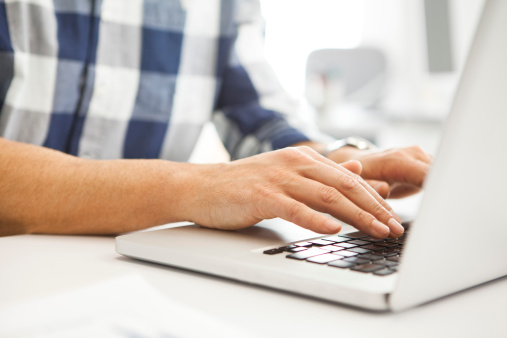 This Is What It's Like to Work in Silicon Valley as a Teen
Next Up: Editor's Pick