What Drinking Does to Your Body Over Time

The effects of having a few drinks can differ person to person, but often people may not realize just how risky their drinking patterns are, or what that alcohol is doing to them under the hood.

According to Dr. George Koob, director of the NIAAA, the current body of evidence doesn’t show whether there are significant differences between someone who drinks at this level versus someone who never drinks. In some cases, there’s strong evidence to suggest that moderate wine consumption could actually benefit the heart. Though Koob says some studies have been controversial and it’s not determined what it is about wine or other parts of a person’s lifestyle that could be at play. There are also individual patterns and sensitivities that people should take into consideration at this level. Some people can handle the amount better than others.

If you genuinely stay within the healthy drinking limits, you’re likely at a low risk for alcohol-related health problems down the line.

The concept of binge drinking is often associated with college students and drinking to get “drunk.” But evidence suggests that people beyond college age also maintain those heavy drinking behaviors. The NIH defines it as five or more drinks for men and four or more drinks for women within two hours. Some of the risks associated with binge drinking are well known. It increases the risk for sexual assault, violence and self harm. But the physical effects of such behaviors on the body are often less discussed. According to the National Institutes of Health (NIH), there’s strong evidence to suggest that regular binge drinking can damage the frontal cortex and areas of the brain involved in executive functions and decision making. Alcohol slows down the pace of the neurotransmitters in your brain that are critical for proper body responses and even moods.

“Abstaining from alcohol over several months to a year may allow structural brain changes to partially correct,” the NIH says. “Abstinence also can help reverse negative effects on thinking skills, including problem­ solving, memory, and attention.”

Long term drinking can also hurt your heart muscles making them unable to contract properly. It can also harm liver, pancreas and immune system function. Heavy drinking can prevent the protective white blood cells in your body to attack bacterial invaders like they’re supposed to. Drinking too much alcohol can also increase your risk for certain cancers like mouth and breast. Regular heavy drinking also increases the risk for some alcohol dependence. “It creeps up on people,” says Koob.

You can calculate how many “drinks” your cocktail adds up to here and assess how risky your own drinking behaviors are here. 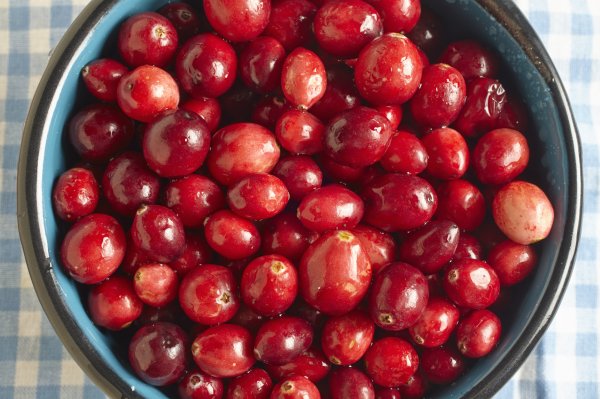 Your Diet May Be Causing Your Urinary Tract Infections
Next Up: Editor's Pick