A new born baby rests beside his mother at the Ana Betancourt de Mora Hospital in Camaguey, Cuba, on June 19, 2015.
Alexandre Meneghini—Reuters
By Justin Worland

Cuba is the first country to eliminate the transfer of HIV and Syphilis from mother to child, the World Health Organization (WHO) announced Tuesday. Only two babies were born with HIV in the country 2013, a low enough number to meet the WHO standard.

The achievement is at least in part the result of a five-year program by WHO and the Pan American Health Organization to eliminate prenatal transmission of HIV in the region. The program has included testing for pregnant women and treatment for women who test positive. Effective treatment of HIV in pregnant women can reduce the risk of passing the disease to a child to just 1%, down from as high as 45% otherwise.

Around 1.4 million women with HIV become pregnant every year. And while the number of mother to child transmissions has declined dramatically in recent years, from about 400,000 in 2009 to 240,000 2013, WHO officials hope to see the number drop below 40,000. 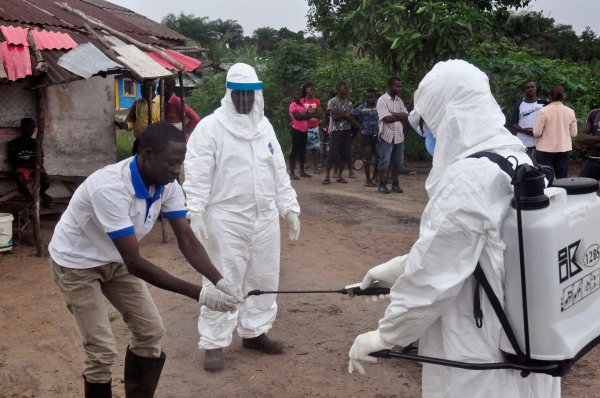 Ebola Cases Resurface in Liberia After 2 Months of Being Ebola-Free
Next Up: Editor's Pick