Watch the First Trailer for Creed, the Latest Rocky Spinoff

The Creed trailer has dropped, demonstrating Sylvester Stallone’s willingness to roll out iconic boxer Rocky Balboa in yet another film.

But Creed has a new protagonist — Adonis Johnson Creed, played by Michael B. Jordan of Fruitvale Station fame.

Director Ryan Coogler, who also worked on Fruitvale Station, the Sundance favorite that launched Jordan’s career, brought the actor back in to star in this boxing film.

The trailer shows the young boxer looking to understand his father’s fraught and legendary boxing career. Creed’s father, Apollo Creed, made his name going up against heavyweights like Balboa, but died tragically in the ring against Soviet athlete Ivan Drago (played by Dolph Lundgren in Rocky IV).

Balboa agrees to coach the younger Creed, helping him come to terms with his family history and develop his own pugilistic skills.

Most Popular on TIME
1
What the Freemasons Taught the World About Secrecy
2
Was The Wizard of Oz Cursed? The Truth Behind the Dark Stories About the Judy Garland Classic
3
Why the U.S. Is Losing the War On COVID-19 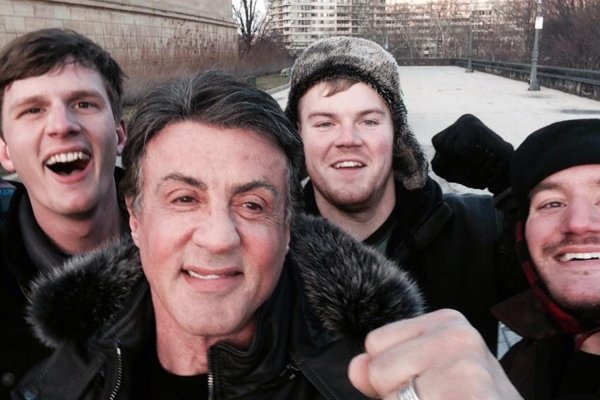