35 Million People Shared Their Pride on Instagram This Weekend

That’s 116 million photographs, comments and likes — a record for a pride event and more than during the 2014 FIFA World Cup, an event that lasted a month.

These high numbers can be explained by the Supreme Court’s historic decision, which legalized same-sex marriage across the U.S. on Friday, but also by Instagram’s release of its new search and explore feature, which has made it easier for users to participate in the conversation on the photo-sharing platform. During much of the weekend, the pride-related hashtags were trending.

The top hashtags were:

Users also embraced emojis with six of the top 10 emoticons shared being hearts. The number two emoji was of a rainbow, with emojis depicting same-sex couples placing seventh and eighth on the list. While the bulk of the activity took place in the U.S., Instagram also saw posts shared from Australia, Brazil, Canada, Italy, Mexico, Spain, Russia, Turkey, and the U.K. among many other countries.

Cities such as San Francisco, New York and London were also trending, as highlighted in the curated collection called “Places of Pride”, which Instagram curated throughout the weekend. 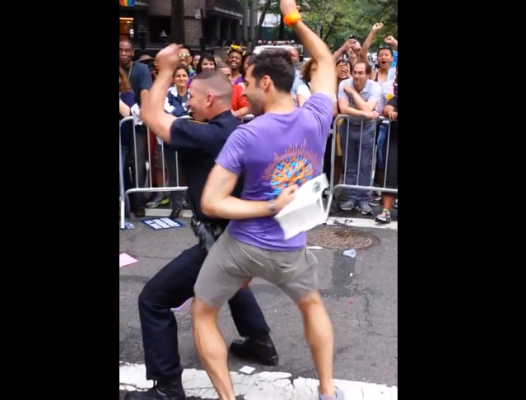 Watch an NYPD Officer Dance With a Gay Pride Parade Marcher
Next Up: Editor's Pick