7 Lessons on How to Hack Your Own Brain

Would you like to be smarter, more confident, kinder, more resilient under stress, and more successful? Of course you would, and you can. In a fascinating series of TED Talks, social psychologists describe ways we can trick our own brains to make ourselves better in almost every way. Here are some of the most compelling.

A couple of years ago, health psychologist Kelly McGonigal made a disturbing discovery. For years she’d been warning people that stress kills. And it does, new research showed–but only if you expect it to. People who experienced a lot of stress and believed that stress was harmful were indeed much likelier to die than those who experienced little stress. But those who experienced great stress but believed itwasn’t harming them were in no more danger than the stress-free, she explains in atalk that may change your whole relationship with the stressors in your own life.

2. Recognize your own optimism.

How do I know that you’re an optimist? Because we all are, as cognitive neuroscientist Tali Sharot explains. Being optimistic makes us happier and more resilient–and without a heavy dose of optimism, no one would ever start a business. However, problems arise when we make bad decisions out of excessive optimism, as happened before the financial crisis, for example. The solution? Stay unreasonably optimistic–but keep in mind that you are.

3. Use body language to increase your own confidence.

Social psychologist Amy Cuddy explains how in this moving talk. Besides communicating confidence to others, when we adopt confident body language we fool our own brains into actually being more confident. Something as simple as going someplace private and adopting a confident stance (legs apart, arms extended) for a few minutes before going into a meeting or making a presentation can make a big difference. Try it and see.

4. Remind yourself to be generous.

A rigged game of Monopoly shows what many have observed in life: The more fortunate and richer you are, the more entitled you feel, and the less likely you are to offer help to those who need it. But, social psychologist Paul Piff tells us, it doesn’t have to be that way. A small reminder, such as a 46-second video on child poverty, is enough to reverse that nasty piece of human nature. So provide yourself with those reminders and you’ll remain a good person, no matter how rich and successful you become.

5. Don’t put too much faith in your own memories.

The number of eyewitness accounts and identifications that have been proved wrong by DNA or other evidence is only one example of how unreliable human memory is, as psychologist Elizabeth Loftus describes in her TED Talk. Not only that, it’s surprisingly easy to implant false memories in people, as some psychologists have unintentionally done when they thought they were unearthing repressed memories. So think twice next time you’re “sure” about something you remember.

6. Surround yourself with people you want to emulate.

Everybody cheats, at least a little, at least some of the time. An elaborate series of experiments explores just how much and when, as described by behavioral economist Dan Ariely in a thought-provoking talk. One intriguing finding: People are more likely to cheat if they see someone doing it who they consider part of their own group, such as someone wearing a sweatshirt with their school’s logo. If the cheater is wearing a different school’s logo, it has no effect. On the other hand, people are less likely to cheat if they’ve been asked to recite the Ten Commandments–whether or not they are religious, and even if they can’t remember most of them.

Obviously, our ideas about right and wrong are not as fixed as we think they are. We’re highly suggestible, and easily influenced by the people around us. We should select those people carefully.

In a Stanford experiment, 4-year-olds were left alone in a room with a marshmallow. If they could resist eating it for 15 minutes, they were told, they’d be given a second one as well, speaker and author Joachim de Posada tells the audience in this short and entertaining talk (complete with hidden-camera footage of the kids).

Only about a third of the kids had the self-discipline to resist. When researchers followed up more than a decade later, those who had were significantly more successful than those who had succumbed. There’s a lesson here for us all. 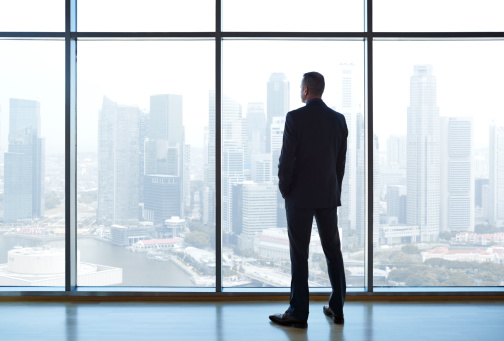 50 Inspiring Quotes on Leadership for Everyone
Next Up: Editor's Pick