Polygamy Is Not Next

From the start of the debate on same-sex marriage and right up to last week’s Supreme Court ruling that legalized it nationwide, one of the most common arguments from the opposition has been the “slippery slope” to polygamy: If marriage can be redefined from a male/female union to a union of any two consenting adults, why stop at two?

Supporters of same-sex marriage have generally dismissed such arguments or mocked them as scaremongering. But there has also been a steady trickle of articles from the left asking what’s so wrong with legalized multi-partner marriages. Some even argue, as writer and academic Fredrik deBoer does in a recent Politico essay, that polygamy should be the “next horizon” of social liberalism.

Both the alarmists and the cheerleaders have a point when they say that the high court’s majority opinion in Obergefell v. Hodges, which emphasizes the freedom to marry, could be cited as precedent for recognizing polygamous marriages. But there are also solid arguments against such an interpretation. And there are many good reasons, practical and moral, that multi-partner marriage should not become a liberal cause.

The battle for same-sex marriage was won, both in courts of law and in the court of public opinion, by framing the goal as “marriage equality”—that same-sex couples should have access to the same rights and privileges as their heterosexual counterparts. Opponents countered that marriage is defined as a male-female union. Yet the legal rights and benefits of modern heterosexual marriage are gender-neutral (except for the presumption of the husband’s paternity to any child born to the wife during the marriage, and even that is increasingly contested by DNA testing). There was simply no good way to justify denying the same rights to two partners of the same sex.

By contrast, the entire existing structure of modern marriage is designed for a dyad. DeBoer argues that there were similar practical objections to same-sex marriage—for instance, having to discard marriage license forms with the words “husband” and “wife” and replacing them with ones that list “Spouse 1” and “Spouse 2.” But this onerous task hardly compares to the massive overhaul multi-partner marriage would require: including revising the rules on post-divorce property division or survivor benefits for three, five, or 10 people instead of two; adjusting child custody arrangement for multiple legal parents; and determining who has the legal authority to make decisions for an incapacitated spouse.

It’s not just that sorting this out is difficult. The bottom line is that as a practical matter, it’s simply impossible for plural partners to have the same rights and benefits currently enjoyed by two spouses, gay or straight. It’s likely that every group marriage would essentially have to be customized. This would remove what many advocates have always cited as a major advantage of marriage: a single, simple legal act that creates a standard set of privileges and obligations.

There is another difference. Attempts to stop same-sex marriage floundered partly because no one could show how male/female unions would be harmed or even affected by same-sex ones. Legalizing multiple spouses, on the other hand, would immediately affect every couple by opening a potential door to new partners in the marriage. Yes, this would presumably require everyone’s consent, but at the very least, those who want monogamy would have to explicitly stipulate this, and even then a monogamy clause could probably be renegotiated later.

Inevitably, too, a movement for plural marriage rights would be accompanied by a push to destigmatize other forms of non-monogamy such as open marriage. The message that sexual exclusivity in marriage is optional—accompanied by visible and positive images of non-monogamous unions—could have a ripple effect. Before long, the spouse who insists on fidelity could be forced to justify such an old-fashioned preference.

Even today, when social disapproval of extramarital sex gives extra leverage to the monogamy-minded spouse, at least some people are in polyamorous and open marriages by less-than-enthusiastic consent, acceding to the wishes of a spouse who insists on such an arrangement. And that’s not even counting plural marriages in ultraconservative religious communities where girls are groomed early on to accept their place as submissive wives to the male head of household. Granting these relationships official status would likely raise their visibility and social legitimacy.

Some have also suggested that polygamous marriage should have a greater claim to legitimacy than same-sex marriage since it is far more rooted in history. But that argument misses a key factor in the cultural shift on same-sex marriage: gender equality as a central value of modern society. Historical polygamy is strongly linked to male dominance and female subjection—while monogamy arguably formed the basis of the transition from patriarchal authority to companionate partnership that eventually paved the way for same-sex unions.

Despite the dire warnings of gay marriage critics and the pleadings of polygamy supporters, the logic of same-sex marriage does not inevitably lead to multi-partner marriage. Slate columnist William Saletan has argued that the key number is not two but one: “You commit to one person, and that person commits wholly to you.” (The word “monogamy” is derived from the word root for “one,” not “two.”)

Logic aside, the prospective success of multi-partner marriage depends on whether the public mood will shift to support it, the way it has for same-sex marriage. Will such an evolution happen? It would likely a much tougher uphill battle, not least because “I want to make a full commitment to the person I love” is a far more sympathetic claim than “my needs are unfulfilled in a sexually exclusive relationship.” If social liberals in the academy and the media decide to champion non-monogamy as the next frontier of liberation and equality, they could make some headway in promoting acceptance of such lifestyle choices. But the likely result would be a new conflagration in the culture wars—particularly since, this time around, these choices do affect other people’s marriages.

In a free society, the private sexual choices of adults should not be criminalized. But they are not automatically entitled to cultural approval or societal support systems. 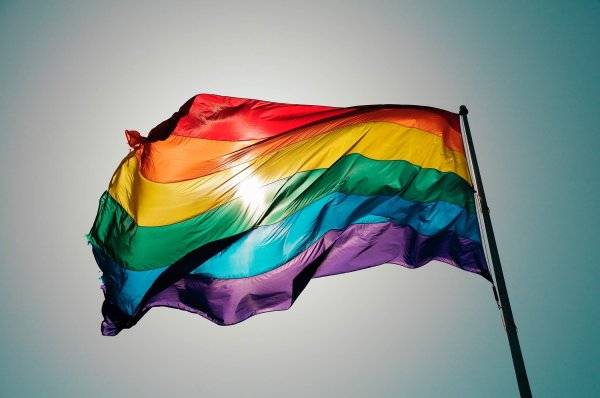 That Cartoon of the Rainbow Flag Replacing the Confederate One Is Dangerous
Next Up: Editor's Pick