The Christian Roots of Modern Environmentalism

Like only a handful of presidents, Theodore Roosevelt lives in our memory and popular culture. He is the bespectacled face gazing from Mount Rushmore, the namesake for the teddy bear, and the advice-giving Rough Rider, played by Robin Williams in the movie Night at the Museum. We remember him, too, as the trust buster who broke up monopolies, the avid outdoorsman and conservationist who preserved parks, forests, and wildlife, and the politician who crusaded for a “fair deal,” a just and equitable society that works for everyone.

Yet Roosevelt’s colorful life and accomplishments distract us from an essential part of him: the profoundly moralistic worldview that fired his progressive zeal. Some recent biographers go so far as to overlook this element of his character completely, but Roosevelt’s friends and colleagues recognized in him, in the words of one friend, “the greatest preacher of righteousness in modern times. Deeply religious beneath the surface, he made right living seem the natural thing, and there was no man beyond the reach of his preaching and example.” As Senator Henry Cabot Lodge mused, “The blood of some ancestral Scotch Covenanter or of some Dutch Reformed preacher facing the tyranny of Philip of Spain was in his veins, and with his large opportunities and his vast audiences he was always ready to appeal for justice and righteousness.”

Lodge astutely singled out the Calvinist traditions in Roosevelt’s ancestry: the Dutch Reformed Church on his father’s side and the Scottish Presbyterian Church (whose Covenanters fought the tyranny of England’s Charles I) on his mother’s, not to mention his own upbringing in New York’s Madison Square Presbyterian Church. How significant Roosevelt’s religious origins were really struck home to me when I realized how many national leaders of the Progressive Era shared them. I had been looking at the denominational origins of major American environmentalists and already knew how dominant people raised Presbyterian, often with ministers in the family, were during its rise. Still, when I turned to progressivism I was unprepared for the extent to which Presbyterians ran the show. Non-Presbyterian presidents held office a mere eight-and-a-half years between 1885 and 1921. Of those born in the church, —Grover Cleveland, Benjamin Harrison, Roosevelt, and Woodrow Wilson—two, Cleveland and Wilson, were sons of ministers. Only two Presidents before Cleveland were raised Presbyterian, and none after Wilson has been.

I wondered what all this Presbyterianism could mean for progressivism, a movement that included people of all faiths, and what this religious strain in politics meant for crusades that these days might be typically colored strictly “red” or “blue.”

Progressives grew up in an era in which big money corrupted politics, large corporations dominated the economy, and environmental crises threatened the natural world – forces that might rouse the ire of those on the “blue” side of the spectrum today. But the situation was a call to arms for those who were steeped in the Calvinist demand for a righteous society, a kind of moralizing that might be more considered on the “red” side of the current spectrum.

At this time in history, though, it was the progressives who were the evangelicals out to spread righteousness in the nation. Censorious Presbyterians attacked greed and avarice with a special vengeance, as the sins that prompted Eve to reach for the forbidden fruit and exile us all from the Garden.

I realized how easily Presbyterian evangelical righteousness translated from church pulpits to political podiums. This church imbued Roosevelt and his fellow progressive leaders with the moral courage to take on the concentrated wealth that corrupted American democracy and dominated the economy. When in 1901 Roosevelt found himself with “such a bully pulpit,” in his famous phrase, no wonder that he impressed people as a preacher of righteousness.

This same moral courage was necessary to drive American environmentalism. Calvinist churches fostered a particularly strong interest in nature and natural history; John Calvin himself regarded nature as a place where God drew nearest and communicated himself and he spoke of the natural world as the theater of his glory. To many Calvinists, nature study had an aura of sanctity as a moral occupation for men, women, and children alike. God, they said, gave natural resources to humans to use for the common good, but not sinfully to waste or turn to greedy or selfish purposes.

Under Harrison, Cleveland, Roosevelt, and Wilson, national government made dramatic strides in conservation. They expanded National Parks from one to two dozen, organized the Park Service, created millions of acres of National Forests, established the Forest Service, and named and promulgated conservation. They had essential assistance from their Secretaries of Interior (parks) and Agriculture (forests), who during the heyday of conservation between 1889 and 1946 were Presbyterians in three years out of four. For Wilson, a Southerner little interested in conservation, Interior Secretary Franklin Lane was prime instigator of major parks expansion and organization.

Roosevelt was the unexcelled exemplar of this passion for nature and moralism about its use. As a boy, he created a zoo in his home and learned taxidermy to preserve specimens. At Harvard, he originally intended to study natural history. After he chose a career in politics, he was an unusually knowledgeable ornithologist and published books on natural history, hunting, and his wilderness adventures. Aptly, as vice president, Roosevelt was climbing Mount Marcy in the Adirondacks when he learned William McKinley had died and he was now president.

Roosevelt believed government must protect nature and natural resources against the rapacious forces of self-interested avarice. “Conservation is a great moral issue,” he asserted. “I believe that the natural resources must be used for the benefit of all our people, and not monopolized for the benefit of the few.” As president, he added five National Parks, created the first 18 National Monuments, quadrupled the acreage of National Forests, established the first 51 bird refuges and four game refuges, oversaw the first irrigation projects and several major dams, and made the new term “conservation” the cornerstone of his political agenda.

After he died in 1919, Roosevelt inspired many to carry on with his work. One was the fervent progressive Harold Ickes, who said of the moment he learned of Roosevelt’s death, “something went out of my life that has never been replaced.” Unsurprisingly, Ickes was a Presbyterian who once intended to go into the ministry. One friend even called him “furiously righteous.” Among his many acts as Secretary of Interior in the administration of Roosevelt’s cousin Franklin, he desegregated the National Parks and added the first four parks intended to remain as undeveloped wilderness: Everglades, Olympic, Kings Canyon, and Isle Royale. His career was a fitting capstone to the great era of progressive Presbyterianism.

Mark Stoll is an associate professor at Texas Tech University in Lubbock. He is the author most recently of Inherit the Holy Mountain: Religion and the Rise of American Environmentalism. 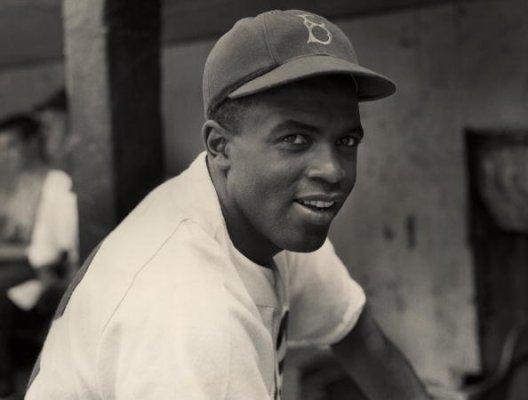 Jackie Robinson’s Life Was No Home Run for Racial Progress
Next Up: Editor's Pick