See the Asteroid That Came Close to Earth

Astronauts and scientists kicked off the inaugural celebration of Asteroid Day with a talk on asteroid hunting and a live telescope view of the asteroid that passed within 5 million miles of Earth two weeks ago.

Journalist Will Gater, astronomer Bob Berman, astronaut Richard Garriott, and documentary producer Duncan Copp all took part in the talk—a debate on whether or not the Earth is prepared to defend itself against the potential hazard of a major asteroid. The discussion, hosted by Slooh Community Observatory, also included live footage of the most recent near Earth object: Icarus, an asteroid slightly over a half-a-mile long that passed by June 16.

According to Berman, asteroids are worth the hype. “Planets can’t hit us, while comet debris doesn’t survive to strike our surface. But asteroids — chunks of stone or metal — ­­arrive by the thousands every day, and are responsible for nearly all of the 50,000 catalogued meteorites,” he said in a statement to the press. “The largest asteroids are fascinating to observe, while the hazardous ones need to be watched while defenses are being conceived.”

U.S. agencies are already onto this concern—NASA and the National Nuclear Security Administration announced a new deal on June 17 to cooperate in tracking and defending against asteroids. 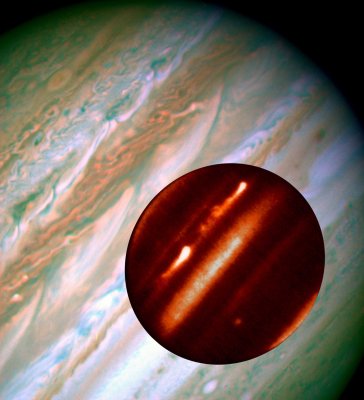 You Can See Venus and Jupiter Come Very Close Together Tuesday Night
Next Up: Editor's Pick