2012 VP113, also known as "Biden," because of the VP in the provisional name.
Scott Sheppard and Chad Trujillo—Carnegie Institution for Science
By Denver Nicks

Science teachers, get ready, you may soon have to come up with a new mnemonic device for the planets.

Astronomers announced Wednesday the discovery of a new dwarf planet at the outer edge of our solar system. While that’s interesting on its own, the scientists also believe something far more fascinating: that the dwarf planet’s far-out position suggests there may be a much larger planet beyond it.

The dwarf planet—named 2012 VP113, and nicknamed “Biden” for obvious reasons—was found near another tiny, icy planet named Sedna that was first discovered ten years ago, National Geographic reports. Scientists involved in the new discovery believe the two objects may have been pulled so far out in the solar system by the gravity of a much larger planet hulking still farther out in our solar system.

“A rogue planet could have been ejected from our solar system and perturbed their orbits,” says Scott Sheppard, a co-author of the report. “Definitely, it could still be out there.”

Harold Levison, an astronomer who was not part of the study, said Biden’s discovery “suggests something interesting.” However, Levison advised caution about the theory put forth by the study’s authors — that a giant mystery planet lurking in the outer reaches of the solar system is responsible for the location of the cluster.

“There may be another explanation we just haven’t seen yet,” he said. 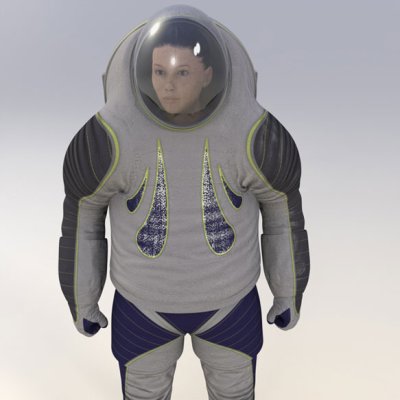 NASA Is Letting People Choose Its Next Uber-Techy Spacesuit
Next Up: Editor's Pick