6 Secret Tricks For Photographing Fireworks With Your Phone

Firework photography is like the fish that got away. Every summer (or New Year’s Eve), you think you’ve finally mastered your smartphone camera chops to snap a magnificent cascade of falling sparks, only to be left with a camera roll full of blurs.

But this year, with just a little advance planning, maybe you’ll finally reel in the big one, whether it’s a golden horsetail, a fiery chrysanthemum, or a sparkling peony. (Those are all firework effects, not fish names.)

Here’s how to take great fireworks photos with just your smartphone:

1. Turn off the flash

Your smartphone will automatically turn the flash on, because — in case you didn’t notice — you’re standing there in the dark. Don’t let that happen.

“The flash is only going to illuminate things that are within five to 10 feet of you,” says Tony Northrup, a Waterford, Conn.-based photographer and author of How to Create Stunning Digital Photography. “Maybe you actually want to light people up in the foreground, but if you do that, it’s going to under-expose the shot . . . the fireworks will end up too dark.”

So, in that case, try to get their faces lit with a light that’s behind you (and most importantly, the camera).

HDR, or high dynamic range, seems like it would be a good idea for capturing fireworks’ rich color. But in this instance, it’s going to trip up your shot, says Northrup. A way to shoot photos using multiple exposures that helps to reduce contrast (and dark, night shots are full of contrast) HDR is bad for fireworks because they’re a moving, morphing subject. As a result, when the camera captures the multiple exposures to blend the fireworks together into one HDR image, they won’t match up. So, like the flash, be sure to turn this setting off.

The longer your shutter is open, the more light gets exposed to the photo sensor. Applying that to fireworks, Northrup likes to create an exposure for as long as five to 10 seconds, timing the shot by starting right before the incendiary explodes. With a pro-level camera, this is easy to do, but the default app on your smartphone may not provide these kinds of controls.

Third party apps, like the free A Better Camera for Android and the $.99 Manual on iOS, can give you these capabilities with a minimal learning curve. Still, I recommend buying one at least a day before fireworks time, because they can take some getting used to. And having a tripod is pretty much essential for long exposure photography, too.

4: Shoot more than just the sky

If you want a great photo of some fireworks, Google Image Search can set you up with one. So run a query and dazzle your friends with the kind of shot you could never capture (because, frankly, you didn’t). But if you really want to photograph the bursts before your eyes, shoot more than just the sky. Northrup suggests photographers try telling a story with their shots.

“You could crouch down behind your kid and shoot the back and side of their face, as they’re looking at the fireworks,” he says. “There’s a bit of story — here’s a kid looking at fireworks — and that’s a hundred times more interesting than just a firework.”

7. Use a selfie stick

What was that incredible boom? No, it wasn’t an M-80 exploding in the sky — it was people’s heads exploding at the thought of a professional photographer recommending one of the worst gadgets of the year.

“I know people revile these things, but I actually like them,” says Northrup. In fairness, he recommends that people use a selfie stick to take unexpected shots, like getting a good angle over a crowd. He also suggests using the selfie stick as a monopod — a one-legged tripod — to help steady your shot. This is important when shooting in low-light situations, because the more you move the phone while the shutter is open, the blurrier the image will be.

No one takes a perfect shot from the get-go, not even the pros. Northrup himself does a bit of editing to his smartphone photos to make them look better. For fireworks, he recommends reducing the contrast and making the shadows brighter. If that washes the color out, adjust the saturation slightly, but not too much. And, of course, crop the photo for maximum effect. All these things can be done with the Android and iOS photo software, but if you want to get more hands on with your picture, try Snapseed, a free photo editing app available on Android and iOS.

It might seem counterintuitive to shoot video when you’re really looking to wow people with a photograph, but if you’re posting your pics on Twitter or Facebook, your media will stand out more if it’s moving. Facebook and Twitter now offer automatically playing movies, so a short five to 10 second clip of some falling fireworks would be perfect for the social networks. Also, you can also pull a frame out of the movie file to make a still photo, if you decide you’d like one of those instead. After all, fireworks all about the grand finale — and by that I mean how many likes and re-tweets you get. 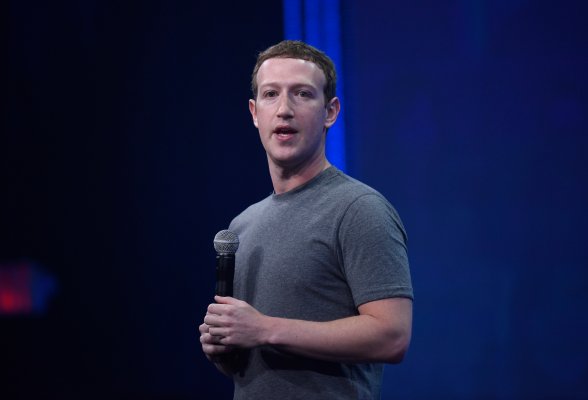 Schwarzenegger to Zuckerberg: Bro, Do You Even Lift?
Next Up: Editor's Pick