Your Diet May Be Causing Your Urinary Tract Infections

Tough-to-treat urinary tract infections (UTI) that are resistant to antibiotics are on the rise. Now, in a new study looking at human urine published in the Journal of Biological Chemistry, researchers say they’ve discovered why some people are more prone than others to the infections. Intriguingly, diet may have something to do with it.

Early on in an infection, cells produce a protein called siderocalin that blocks bacterial growth, including the growth of E. coli that often causes UTIs, says Jeffrey P. Henderson, MD, PhD, assistant professor of medicine at Washington University School of Medicine in St. Louis and senior author of the study. (It does this by keeping iron away from the bacteria, which need it to thrive.) The researchers wanted to see how the protein worked differently in various samples of urine at restricting the growth of E. coli, so they analyzed the urine from about 50 men and women.

“We found, kind of to our surprise, that there was a really wide range between individuals and how well this protein worked, just depending on that individual’s urinary composition,” says Henderson.

Two common factors emerged in urine that had a better ability to resist bacterial growth: it had a high pH—one that’s more alkaline, in other words—and higher levels of certain metabolites formed by gut microbes. That metabolite isn’t made from human cells, Henderson says; rather, they come from the diet or are metabolized by bacterial cells from dietary sources. “It looks like this protein that’s part of your immune system is able to use metabolites in the diet as grips to hold onto iron and keep it away from pathogenic bacteria,” Henderson says. In some people, that system is set up really well, he says, but in those who get recurrent UTIs, it doesn’t seem to work as well.

Both urine pH and metabolite production may be able to be changed through diet, and doing so could potentially offer a treatment strategy in the future, he says. “It may be that we have to adjust multiple things at the same time to get the system to work well, but the appealing part is this is not an antibiotic strategy,” he says. “It may allow you to keep your normal flora while keeping bacteria out of the urinary tract.”

Physicians already know how to raise urinary pH with things like calcium supplements, and alkalizing agents are already used in the U.K. as over-the-counter UTI treatments, Henderson says. Knowing how to encourage the metabolites is trickier. The molecules come from phenolic, or aromatic, compounds, Henderson says, and robust food sources include those that we more often hear are rich in antioxidants: coffee, tea, colorful berries, red wine and dark chocolate.

And yes: cranberries, too, are known to make urinary aromatics, which may be why cranberry products are so often used as UTI remedies, Henderson says. “One thing this suggests is that maybe the reason it’s not more effective is that people need both cranberries and a higher urine pH, or they need cranberries and appropriate inhabitants of their intestine, or the right microbiome composition in their gut, for the cranberry part to work properly.”

A treatment without antibiotics would be a boon, but it’s likely a several-pronged approach and for now, more research is needed. “We still have a few more details to iron out before we know exactly how to do that.” 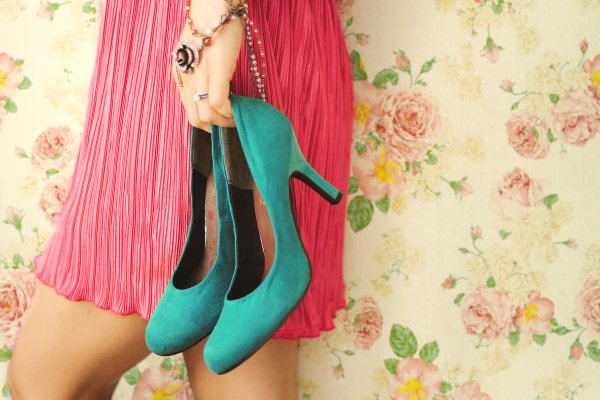 5 Fashion Choices That Are Bad for Your Health
Next Up: Editor's Pick