The Central Intelligence Agency’s efforts to bring more minorities into its workforce haven’t been as effective as hoped, according to a new internal report.

The report finds that since 2008, recruitment of minority officers has declined “to levels lower than what is necessary” to maintain the agency’s current levels of minority representation. Currently, racial and ethnic minorities make up about 24% of the entire CIA workforce.

The CIA says diversity and maintaining a diverse workforce is essential to its mission. Without varieties of perspective among employees, CIA Director John Brennan said Tuesday, officers can become susceptible to “group think,” which could lead to lapses in intelligence and security.

Without a diverse workforce, Brennan said, “we’re not going to be able to do our job.”

CIA Director John Brennan commissioned the Diversity in Leadership study in January 2014, shortly after a report led by Former Secretary of State Madeleine Albright that examined women’s leadership roles across the agency. That study, released in 2013, found that women comprise about 45% of the agency’s workforce and 31% percent of senior leadership positions. The agency is currently in the process of implementing the recommendations of that report. The 2015 Diversity in Leadership study was chaired by famed Civil Rights activist and attorney Vernon Jordan.

Brennan said increased competition in the workforce has likely contributed to the decline in minority recruitment. At a recent trip to a historically black college, he said, the students he met with were impressive—but also courting several offers from private companies that have more attractive salaries and benefits than the agency.

The agency’s challenge is to become an “employer of choice” for applicants who can thrive—and make a lot of money—at private companies.

And once recruits get in the door, impediments to success remain. Only 10.8% of the senior ranks of the CIA are racial and ethnic minorities, according to the study. The number of African-Americans in the senior ranks has declined in both percentage and actual number between 2004 and 2014. The percentage of Hispanics in the CIA workforce is significantly lower than in the civilian workforce. The study also found that the agency lacks an inclusive culture and that many groups don’t have access to formal informal networks that can lead to career advancement.

A survey of officers found that many LGBT, minority, and officers with disabilities felt that they had to “hide aspects of their identity” in order to thrive within the agency. Many officers said they didn’t even feel comfortable advocating alternative viewpoints within their work groups.

In lieu of agency-led networks, African-American officials have historically hosted informal groups where they can talk freely about their experiences and assist officers in efforts to seek new positions.

In an interview with TIME earlier this year, a veteran officer said some still meet regularly for social and networking events. “We made that a point of pride,” he told TIME. “It was a thing of, ‘I may not get there but we want to position you to get to the top.’”

Brennan said he hopes the report sends a strong signal to his workforce that he takes diversity and increasing minority representation across the board seriously. 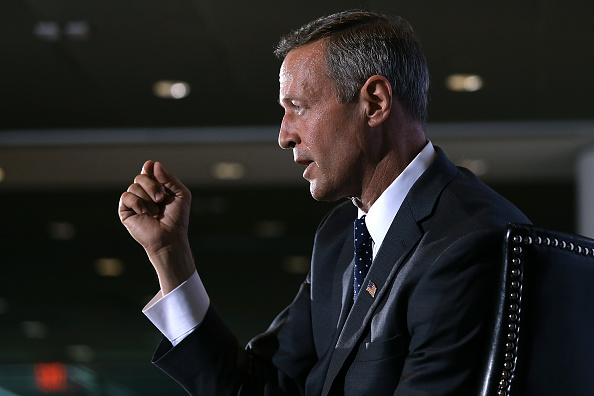 Martin O'Malley Calls for More Restrictions on Mass Surveillance
Next Up: Editor's Pick