This Vitamin May Be Behind Your Acne Problems

Vitamin B12 is notably found in beef, dairy, and some fish. It’s been used to improve memory and combat anemia. Now, according to a study just published in Science Translational Medicine and as reported on the Verge, it may be linked to acne. It’s still early, so researchers don’t want everyone freaking out and nixing burgers and cheese from their diet, but it’s important to note that B12 changes how the genes of facial bacteria behave, a shift that aids in inflammation. The vitamin has been connected to acne in studies since the 50’s, but the researchers say that was mostly anecdotal.

“It has been reported several times that people who take B12 develop acne,” Huiying Li, a molecular pharmacologist at the University of California-Los Angeles and a co-author of the study, told the Verge. “So it’s exciting that we found that the potential link between B12 and acne is through the skin bacteria.”

Acne is still largely a mystery to researchers, even though 80 percent of teens and young adults have to deal with the pesky skin condition. Oily secretion known as sebum and faulty cells that line hair follicles play a role, but Li and her team wanted to see where bacteria factors into acne development.

The study found in a small group of people that humans who take B12 develop high levels of vitamin in their skin (which sounds like a good thing), but that skin bacteria known as Propionibacterium acnes then lowers its own production of B12 causing an imbalance. More porphyrins (naturally occurring chemicals in the body and a related molecule) are produced, which have been known to induce inflammation, AKA where acne begins.

Li says that the “main message is that skin bacteria are important. But until other researchers confirm the link between B12 and acne in a larger number of people, dermatologists won’t really be able to make any clinical recommendations one way or the other. I don’t want people to misinterpret the results by not taking B12.”

Let’s just drink more water and eat more berries until we know for sure what’s going on.

This article originally appeared on MIMI 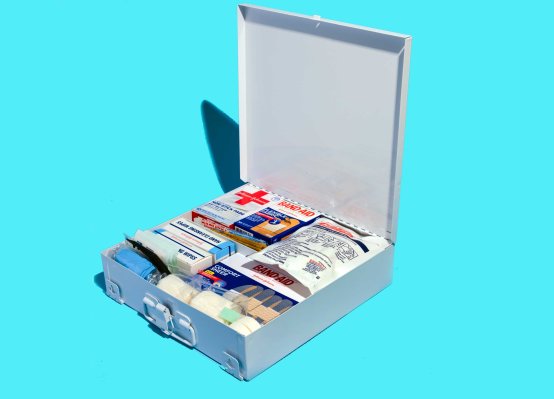 The Number of Uninsured Americans Continues to Drop
Next Up: Editor's Pick