With a star-studded cast including Melissa McCarthy, Kate McKinnon, Kristen Wiig, Leslie Jones and even Chris Hemsworth, the all-female Ghostbusters reboot is one of the most awaited films of 2016.

Fans recently got a glimpse of McKinnon, Wiig and McCarthy on set while shooting for the franchise’s next edition, which is set to release next July.

But they weren’t in the trademark Ghostbusters uniforms, which hadn’t yet seen the light of day until director Paul Feig obliged with this tweet on Monday. 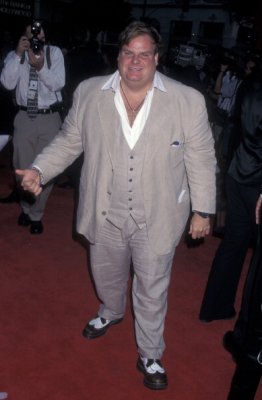 Watch the First Trailer for 'I Am Chris Farley'
Next Up: Editor's Pick