You know that video of Shia LaBeouf rapping? The one that went viral Sunday, where the Transformers star is shirtless and spitting what appears to be some pretty smooth freestyle while surrounded by admirers?

So does Pri the Honeydark. The MC and music producer, who is part of a rap collective called the Anomolies, took to Instagram late Sunday to accuse LaBeouf of cribbing from her group’s 1999 song, “Perfectionist,” USA Today reports.

“You can’t rip songs from my Anomolies crew, recite them in freestyle as your own, then not expect to be called out by ACTUAL MCs!… This is straight disrespect to lyricism,” she wrote.

Entertainment Weekly cites the verse “rare commodity/the quality is what it’s got to be/and my philosophy/ is much farther than what your eyes can see” as having been lifted from the Anomolies track.

To be fair, at no point in the freestyle video does LaBeouf present the rap as his own.

But this is far from the first time the movie star has been accused of copying the work of others. He most notoriously was found to have adapted his directorial debut—a short film called Howard Cantour.com— from Daniel Clowes’ graphic novel Justin M. Damiano without permission or attribution. He then apologized on Twitter by apparently copying and pasting what a four-year-old entry in a Yahoo! Answers forum entitled “Why did Picasso say ‘good artists copy but great artists steal?'”

As for whether there’s any plagiarism going on in this instance, we’ll let you be the judge of that. 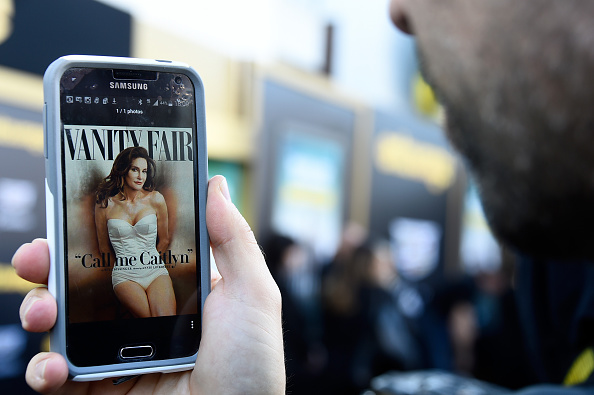 Caitlyn Jenner Appeared at a New York Pride Event on Sunday, and the Crowd Went Wild
Next Up: Editor's Pick