The death chamber at the Oklahoma State Penitentiary in McAlester, Okla., shown on Oct. 9, 2014. The Supreme Court upheld the state's lethal injection protocol on June 29, 2015
Sue Ogrocki—AP
By Josh Sanburn

In a narrow 5-to-4 ruling, the Supreme Court found that Oklahoma’s use of midazolam did not violate the Eighth Amendment’s ban on cruel and unusual punishment, finding that a group of three Oklahoma death-row inmates failed to prove that the sedative leads to a significant risk of severe pain. The sedative has been a drug of last resort for many states under pressure to carry out lethal injections, and it will likely still carry the stigma of being involved in three executions widely considered botched.

“Right now, if somebody offered something other than midazolam, states would jump on it,” says Richard Dieter, senior program director at the Death Penalty Information Center, an anti-death-penalty organization. “They will definitely be looking around at other drugs, but the question is whether they’ll find anything.”

For years, states used barbiturates such as sodium thiopental and pentobarbital in lethal injections that would render an inmate unconscious before additional drugs were administered. But a nationwide drug shortage and pressure on overseas pharmaceutical companies supplying states with drugs led to a search for alternatives and combinations that had never been used before. Last year, the prolonged executions of Dennis McGuire in Ohio, Clayton Lockett in Oklahoma and Joseph Wood in Arizona all experienced serious problems involving proper sedation following the use of midazolam. Lockett’s execution was at the heart of the Supreme Court case, Glossip v. Gross.

Four states currently use midazolam, which has come under scrutiny from anesthesiologists for not being strong enough to knock out an inmate before other drugs that cause severe pain are injected.

“I think many states will still shy away from it,” Dieter says, referring to the sedative. “Most states don’t want to use it.”

There is some precedent for states tinkering with their protocols even after the Supreme Court upheld specific drug combinations. In 2008, the court ruled in Baze v. Rees that Kentucky’s three-drug protocol at the time was constitutional. But the court’s Justices also wrote that it was possible for a lethal-injection method to be deemed unconstitutional if there were alternatives available that were considered more humane. That pushed states to continue their search for other drugs and methods, something that could happen again following Monday’s ruling.

“Legally, the court has given its stamp of approval,” says Deborah Denno, a Fordham University law professor who studies capital punishment. “But as an ethical issue, there still appears to be problems in using it. All of its problems were discussed in the case. Many states just have to use it out of desperation.”

Following the ruling, Oklahoma announced that it would resume lethal injections, which were put on hold pending the Supreme Court’s decision. Florida has also lifted its stay of execution.

“I think this ruling will make states feel a little more comfortable moving forward with different drugs and different methods,” says Doug Berman, a law professor at the Ohio State University. “But states will still have their own challenges securing the drug, even though the constitutional issue is out of the way.”

Death-penalty opponents, however, found one thing to applaud on Monday. In a lengthy dissent written by Justice Stephen Breyer and joined by Ruth Bader Ginsburg, the Justices called into question the entire death-penalty system and whether it violates the Constitution’s ban on cruel and unusual punishment. Breyer wrote that the delays involved in actually executing death-row inmates along with the arbitrariness of sentences over the past few decades may have led to the practice of capital punishment in the U.S. to be unconstitutional.

Thanks to lawsuits and difficulties states have had obtaining drugs, the U.S. last year executed the fewest inmates in almost two decades. Only 35 death row inmates were executed in 2014, compared with 98 in 1999, and at least one anti-death-penalty group looked to Monday’s decision as a potential harbinger.

“Justice Breyer asked, ‘How long are we going to have this conversation?’ By any measure, we’ve essentially abandoned the death penalty as a society,” says Diann Rust-Tierney, the executive director of the National Coalition to Abolish the Death Penalty, referring to the few executions that are now carried out in the U.S. “Some are clinging to this practice, but I’m convinced that the public won’t continue to support this.” 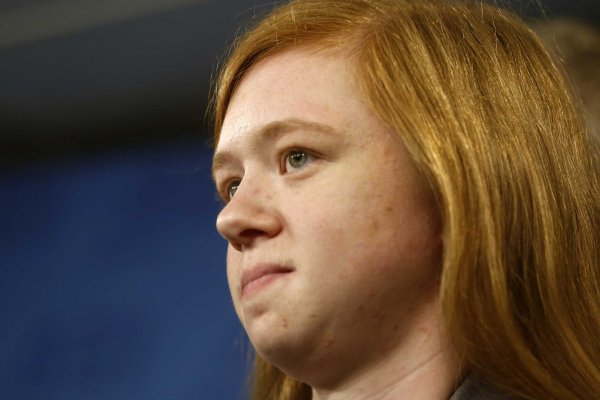 Supreme Court to Hear Case on Affirmative Action
Next Up: Editor's Pick