What Common Core Teaches Us About the Future of Testing

One feature of the Common Core that resonates with students, parents, and schools alike is the increased importance of understanding concepts in their natural contexts. Students no longer learn simple word definitions; they learn to decode the nuances of a word as it is used in a specific passage. Similarly, knowing how to construct an equation based on a given scenario is just as important as being able to solve that equation for x.

In a sense, this is no different from what many great teachers have always done. However, some teachers were forced to emphasize rote memorization of basic facts in order to prepare their students for standardized tests. These instructors can now begin to re-emphasize understanding.

As one might expect, a new set of standards calls for a new set of assessments to evaluate how well these objectives are being met. The Common Core does not include any standardized tests, so the exams that debuted widely this year are developed and administered by several different groups, including the Partnership for Assessment of Readiness for College and Careers (PARCC) and Smarter Balanced Assessment Consortium. While each state can choose which test to give, they are alike in emphasizing context and fluency of knowledge.

Both groups are also attempting to make their exams more interactive by incorporating computer-based assessments. The interactive elements of Common Core-affiliated testing are still in their infancy, but it is clear that the future lies with computers. Students might one day be asked to highlight the sentence in a passage that best supports a thesis, or that defines a term, or that disproves another statement. Math problems could be constructed to involve drawing geometric figures, or, for younger children, grouping objects by type using a mouse.

A traditional test question might provide a student with a vocabulary word, and then ask him or her to choose the single best synonym from a list of five possible choices. A slightly more sophisticated question might use the form of an analogy where definitions for three individual terms would have to be parsed in order to secure a correct answer for the fourth word. On a Common Core assessment, a student might be asked to define an underlined word in a passage, and he or she may then have to choose from a set of phrases that are all possible definitions of the term. “State,” for example, is not a challenging word on its own, but it has several distinct meanings.

One benefit of this approach is that adept students can puzzle out the meaning of an unfamiliar word using clues from the surrounding text. If the rest of the paragraph discussed politics, for example, any unrelated answer phrases could likely be ruled out. The new format, then, emphasizes critical thinking and reading comprehension over simple memorization.

Fluency is also critical in the Common Core era. Fluency refers to understanding information thoroughly – inside and out, backward and forward, etc. In math, for example, it is not sufficient to simply memorize the Pythagorean Theorem (a2 + b2 = c2 for right triangles). You would also need to know when it is an applicable technique. For example, you might be told that movers trying to load a truck want to roll a heavy piece of equipment aboard (rather than lifting it). If the truck bed is three feet high, and if they have a ramp that is 12 feet long, how much room will they need to leave such that the ramp can be laid out straight behind the truck?

The great news is that the ACT and the SAT are moving to similar formats, so the time spent preparing for Common Core exams during the K-12 years can be applied to college entrance tests too. In short, almost all of our pre-college education is currently attempting to shift its emphasis to understanding over rote. The success of that shift remains to be seen, but in the meantime, it is well worth considering the bigger picture and knowing all possible applications of material when testing. Good luck!

Brian Witte is a professional SAT tutor with Varsity Tutors. He earned his Bachelor of Science from the University of Washington and holds a Ph.D. from The Ohio State University. 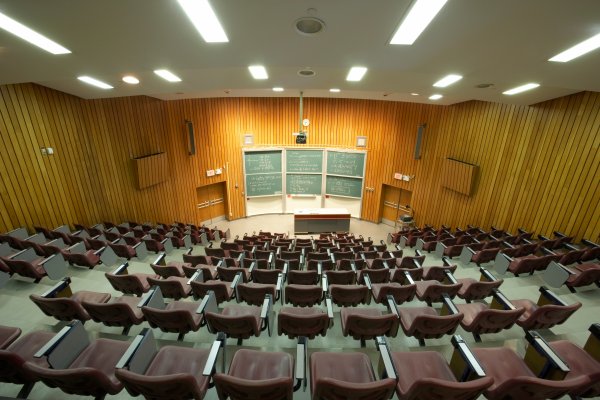