Matt Bomer on Magic Mike XXL: It's All About Strong Female Characters

The first installment of the series, released in 2012, was largely focused around the turbulent inner lives and straitened circumstances of characters played by Channing Tatum, Alex Pettyfer and Matthew McConaughey. Bomer, at that point best known for USA’s series White Collar, provided great support as fellow dancer Ken, but the audience learned little about what made him tick. That’s not the case in the more overtly comic XXL, which ditches the first installment’s melancholy tone and which—without Pettyfer and McConaughey along for the ride—focuses more closely on its central corps of male entertainers. (This time, they’re on a road trip to a Myrtle Beach stripping convention at which they’ll unleash entirely new routines.)

Bomer’s Ken is a vaguely hippie-ish idealist blessed with a strong singing voice. In conversation, the real Bomer doesn’t break into song but seems every bit as enlightened as his character. As Bomer sees it, Magic Mike XXL, with its objectified men and its new promoter played by Jada Pinkett Smith, is a movie that uplifts women. “How many times have you seen a film with a woman who is strong and not portrayed as frigid or a bitch?” he asks. “In this film, the women were portrayed beautifully and three-dimensionally and had all those dimensions going on.”

TIME: Whose idea was it for you to sing in the movie?

Matt Bomer: When we were filming the first Magic Mike, we obviously had a limited budget; it was an independent film. And we would entertain extras in between takes. Channing would put a microphone in our face and say, “Do something entertaining.” Joe Manganiello, whom I’ve known since I was 18—he basically served as my hype man—said “Sing something.” I did, and Channing remembered that. That’s one of the great things about working with people like Channing who are so generous of spirit. He held onto that and when we came back to do the second one, he said, “You’re going to sing.” The prospect of that was terrifying, which is also one of the things that made it a really interesting proposition.

Overall, too, we got to know your character much better this go-round. Did you know what the traits to Ken were already?

We had a foundation. Even going into the first film, we weren’t sure what was going to be asked of us at any given time, so we approached our characters as if we were playing Hamlet, to add an Altmanesque backdrop to the stripper life, especially the backstage life. We had all discussed, generally, who the characters were and they’d given us free rein. What was nice about getting to do this film is we got to flesh [out] those characters more and expand what we brought to the table in the first film.

The tone, here, is wildly different from the more melancholy 2012 Magic Mike. The comedy’s more explicit. How’d that feel on set?

It’s actually one of the reasons I wanted to do this film—that we weren’t just rehashing the film we created in the first. There’s a complete tonal shift, and it’s this road trip movie, this odyssey. A lot of it reminded me of True Romance, one of my favorite movies. There were a lot of aspects that were outlandish but you had to ground them in truth. That’s always an interesting world to me as an actor. Not that this film doesn’t have stakes, but the first film’s themes were quite serious. Does the profession you choose dictate your destiny and your standing in society? This film is much more about self-discovery and authenticity and celebrating who you are and the creative process.

It seemed, too, that the stripping in this movie was more explicit.

Just in terms of my character, we had the chance to do that. Based on a lot of the research we’d done in the first film… This is a world I knew nothing about but that I knew had a lot of juicy elements to it. Being able to do the research and talk to men who did this as their profession, there were so many incredible stories. Channing, obviously, had some as well.

So did you research stripper conventions for this installment?

During the first film, I worked almost exclusively at this club in L.A. called Hollywood Men. I didn’t work there. but I did my research there. They were very generous in letting me watch from the audience, which men aren’t typically allowed to do, and also in letting me go backstage and be a fly on the wall and letting me see not only the many kinds of people there and what a typical night is like: How they came offstage if they did well, how they came offstage if they didn’t do well. I tried to bring that to the second film as well, but the convention research was really through Channing. One of the things that makes him a great leader, as well as a fun actor to work with, is that he’s so accessible and was always there to provide insight.

You and Joe Manganiello went to Carnegie Mellon together. As teens and young twentysomethings acting in classical drama together, did you two ever think you’d one day be in the sequel to a lucrative male-stripper dramedy?

How could we possibly have conceived of that? One of the things about going to drama school together: You are put through the process of so many bizarre acting exercises and disciplines, everything from creating animal projects to ground work. We’ve done the classics together, like Shakespeare and Ibsen and Shaw. In a weird way, there was something really grounding for me, having Joe here. I thought, this is just one more really interesting, outlandish acting exercise.

Where do you think the franchise could go from here? Could the tone change again?

I hope so! I do know that Channing, Greg [Jacobs, director], and Steven [Soderbergh, executive producer] are some of the most creative people I’ve ever known. If they decide to do a third movie, I’m sure it’ll be unique and fresh, based on what I’ve done with them before. I would be hesitant to impose my own ideas. But they’d better do it soon, because we ain’t getting any younger.

Does having so much attention focused on your physical form make you re-evaluate how actresses in Hollywood are treated?

I don’t know that it’s actresses so much as women in general. The amount of self-maintenance that went into making a film like this was really extensive, and I have a profound new level of empathy and compassion for what women go through. By the way, we just touched the tip of the iceberg. We didn’t go that deep into it. I would think movies like this, that have strong women characters and men that are objectified as much as women are—I hope they could continue to come out and level the playing field.

Speaking of strong female characters, your big showcase scene comes at the home of the character played by Andie MacDowell; you sing a romantic song to one of MacDowell’s female friends—

Right! And it’s one of the most charged moments in the movie. Some people haven’t historically thought openly gay actors could build chemistry with women. Do you think about this while going about disproving it?

I try not to be incredibly conscious of it. I try to approach it as an actor. I’ve been playing straight roles for years, and I’ve always approached them the same way I’d approach any role. There’s always something there in the other actor to find desirable and interesting and appealing. It’s all about the given circumstances of the scene, and not about how I feel about myself in the social scheme of things.

One of my favorite things in the film are the women characters. To me, it’s so refreshing to see characters like Jada’s and even Amber [Heard]’s, who are independent, strong women who are sexy and approachable. How many times have you seen a film with a woman who is strong and not portrayed as frigid or a bitch? In this film, the women were portrayed beautifully and three-dimensionally and had all those dimensions going on. None of the females in this movie are there to serve the main characters. They’re all independent, sexy, and have their own thing. I really liked seeing that, and that’s what the film is about: Making sexuality a conversation, and not a one-sided imposition based on a presupposed idea of what people think is sexy. 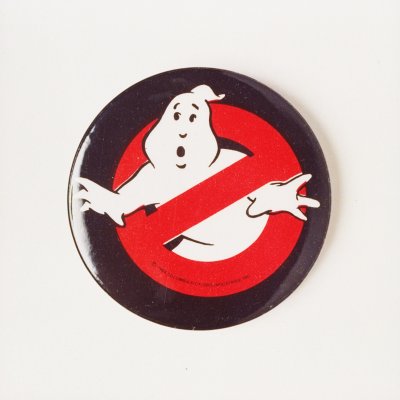 Here's a First Look at the New Ghostbusters Uniforms
Next Up: Editor's Pick