Everything You Need to Know About Apple Music

Apple’s answer to the fast-changing digital music landscape is finally upon us. Apple Music, which launches Tuesday, is the tech giant’s most ambitious music project since the original iTunes Store launched in 2003.

But unlike the company’s famous digital storefront, Apple Music won’t be selling users individual songs or albums. Instead, customers will pay a monthly subscription fee of about $10 per month for access to tens of millions of songs.

It’s a way of listening to music that’s fast becoming the norm thanks to similar offerings by competitors such as Spotify and Google. Though Apple is years late to the party, the company’s arrival signals that streaming is here to stay.

Here’s a quick primer on Apple Music and how it differs from the other streaming services on the market.

What does Apple Music offer?

Apple Music lets users stream songs from Apple’s massive library whenever they want. Users can make playlists or listen to playlists curated by music experts. Tracks can also be downloaded for offline listening.

While these are all standard features of most subscription services, Apple is also trying to make it easier for users to seamlessly switch between music in their personal libraries and songs on Apple’s service. Apple Music will automatically upload any tracks in a user’s library that aren’t available on the service to an iCloud account, so they can be streamed from any device — meaning users won’t have to use up lots of space on their phones. Users will be initially be able to store up to 25,000 of their own songs in the cloud; Apple has plans to increase that limit to 100,000 this fall.

A single membership is $9.99 per month, the standard rate for a paid streaming service. Users can also pay $15 per month for a family plan for up to six users. The service is launching with a three-month free trial available to all users.

Which devices does Apple Music support?

At launch Apple Music will support PC, Mac, Apple Watch and iOS devices that can run iOS 8 or newer. An Android version is coming in the fall.

Apple is launching a live radio station called Beats 1 that will broadcast 24 hours a day. Helmed by former BBC Radio DJ Zane Lowe, the free station will feature shows by stars such as Drake and Elton John, as well as interviews with celebrities like Eminem.

Apple Music will also have a feature called Connect that lets artists post behind-the-scenes content and communicate directly with fans.

What about exclusive music?

It’s likely Apple will try to leverage its considerable clout and deep pockets to line up many exclusive releases for its music service. Already Taylor Swift has said her hit album 1989 will be available for streaming for the first time ever through Apple Music. Dr. Dre’s The Chronic will also make its streaming debut on Apple’s service (Dre began working for Apple after the company bought his company Beats Electronics for $3 billion last year). Expect similar deals in the future.

Which features is Apple Music missing?

Spotify remains the best service for making music-listening social thanks to its collaborative playlists and tight integration with Facebook. Apple hasn’t mentioned either feature being part of Apple Music. Apple’s service will also reportedly stream at a maximum bitrate of 256 kbps, which is below the 320 kbps that Spotify, Google Play Music, Tidal and Rdio all offer. Whether or not average users will notice or care about that difference remains to be seen.

What if I don’t want to pay for a subscription service?

Apple Music offers the live station, as well as artist and genre-specific Internet radio stations similar to Pandora, for free. Google Play Music and Rdio also have free tiers that offer Internet radio rather than on-demand streaming. Spotify remains the most fully-featured free ad-supported service as desktop users can play any song on demand for free while mobile users can build playlists to be enjoyed in random order. 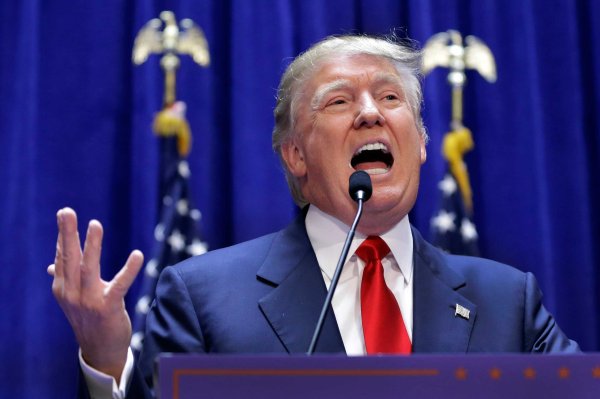 Why Politics Trump Is Ruining Things for TV Trump
Next Up: Editor's Pick