Here's Where You're Most Likely to Own a Gun in the U.S.

Americans love their guns. U.S. citizens own more than 270 million of them, nearly 9 for every 10 Americans. No other country even comes close to matching that rate.

“When you look at different states, you see a wide variation in these rates, and it mirrors the gun death rate,” said Bindu Balesan, an assistant professor at Columbia University’s public health school.

Idaho, West Virginia, Wyoming and Montana round out the list of states with top gun ownership, following Alaska. Delaware, Rhode Island, New York, New Jersey and New Hampshire are the only states where fewer than 15% of residents own guns, according to the research.

The study also found a strong correlation between gun ownership and living in a so-called social gun culture. In such gun cultures, friends and family tend to own firearms and community members may attend gun-themed social events. Nearly 8% of respondents even said that their social life with family members involves guns. The correlation may suggest a way to reduce gun deaths and injuries outside of federal government lawmaking, which has proven ineffective, Balesan says. Instead of focusing on big policy changes, public health advocates may want to focus on changing gun culture.

“We need to think about strategies for social change like we did with tobacco,” she said.

Gun violence remains a leading cause of death and injury in the U.S. More than 30,000 people are killed in a firearm-related incident each year, according to the CDC. And while a third of those deaths are the result of homicide, many more are a result of suicide and accidents. More than 200,000 people are injured each year.

But treating gun violence as a public health issue is going to be an uphill battle, even without relying on the federal government for new laws. Research dollars, for instance, are nearly impossible to come by, Balesan said. The Centers for Disease Control and Prevention (CDC), a huge source of money for health research, hasn’t given out funding for gun violence studies and others are similarly reluctant to touch such a controversial issue. 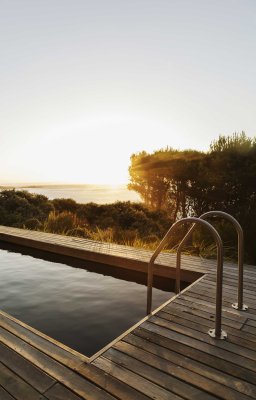 Rise in Illnesses Linked to Hot Tubs and Pools
Next Up: Editor's Pick