Review: How Nurse Jackie Taught a Clinic in Antiheroism

Brief spoilers for the series finale of Nurse Jackie follow:

Before Nurse Jackie, Edie Falco was already familiar to viewers from The Sopranos, the morally gray antihero show that set the model for dozens to follow. Nurse Jackie–which I watched beginning to end over seven seasons–had its ups and downs, and it probably won’t be remembered as an all-time pantheon classic of its era. But in many ways, Falco’s Jackie Peyton out-antiheroed TV’s other antiheroes by so thoroughly interrogating what exactly “good” means.

A recidivist prescription-painkiller addict empowered by professional knowledge and personal cunning, Jackie was often far from a good person morally. (Your mileage may vary, but I lost any remaining interest in seeing her escape trouble in the last season, as she expertly took advantage of Zoey’s friendship and conscience to manipulate her.)

Yet her badness was never as simple as Tony Soprano’s. There was no particular upside to Tony’s more effectively running the North Jersey mob, save that some even worse mobsters might die, or a more sympathetic character might escape being collateral damage. Even in Mad Men–which Nurse Jackie joined in the 2015 trend of ending series finales with yoga–the end result of Don’s movingly earned peace was a better Coca-Cola ad. But Jackie, while far from morally good in her relationships with people and pills, was good in other ways that had substantial value: she was exceptionally good at her job, on which lives depended, and she could be a sincerely and selflessly good mother and friend, especially if you weren’t standing between her and what she wanted.

You might say that Jackie’s antiheroism was more similar to Vic Mackey’s on The Shield, where Michael Chiklis played a despicably corrupt cop who was, nonetheless, undeniably good at catching criminals when it suited him. But there was another element to Nurse Jackie at its best that complicated it further. In a way, Jackie’s badness–her weakness, her failings and her awareness of them–sometimes made her better: more understanding, more perceptive, able to deal with and accept the failings in others because she saw them in herself. (This is, maybe, a complication of antihero stories that a comedy-drama is better suited to handle than a straight drama.)

In its last season, Nurse Jackie lost the thread of some of its stories and characters, and the finale reflected that: like the whole season before it, it didn’t feel necessary, momentous or final (except for the hospital itself). Not to take anything away from Tony Shalhoub as an actor, but I simply wasn’t able to invest in latecomer Dr. Bernard Prince, enough to justify the time the season and finale gave him. And Gloria Akalitis in particular felt like an afterthought in this finale, after having so much been the tough-love heart of the show for seven seasons. (If you spent any part of this season praying that things would work out for Jackie and sleazeball Eddie–aw, those crazy kids!–you have the empathy of a saint. Or of All Saints.) Arguably the strongest scene of the finale didn’t involve Jackie at all, but reunited Zoey with Dr. O’Hara to commiserate about the burden of being Jackie’s friend and caretaker.

(If there is any justice in TV, by the way, Merritt Wever is currently sifting through two dozen pilot scripts in which she would play the lead.)

In moments like that, the finale at least recalled the show at its best, even if the show has its best seasons behind it. And one thing that didn’t change, beginning to end, was Falco’s layered portrayal of Jackie–open yet guarded, self-deceiving yet hyperalert–through Jackie’s final collapse, which showed that her worst enemy all along has been her own sense of invincibility.

It looks like it didn’t kill her this time; we saw her eyes open as Zoey repeated, “You’re good”–one more riff on the multiple meanings of that word. Jackie may be good in the sense of having a few more heartbeats and chances left. But Nurse Jackie always avoided neat resolutions to a problem, addiction, than tends to be an open-ended struggle. To the final question of whether Jackie is indeed good, it left us with the same answer it always offered: depends what you mean. 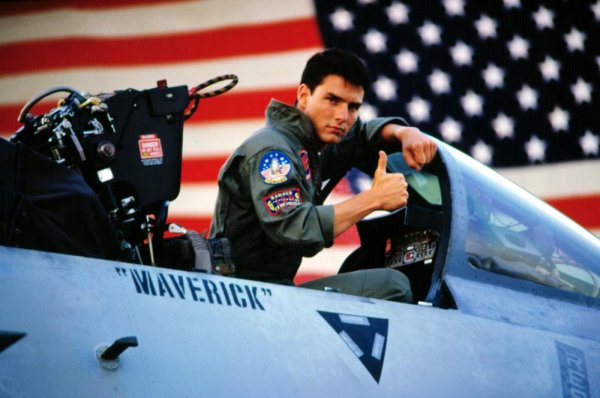 Top Gun Sequel Will Feature Tom Cruise Versus Drones
Next Up: Editor's Pick