Why Jerry Brown Was Right to Sign the California Vaccine Bill

Bad choice: Anti-vaxxers protesting the California vaccine bill
Rich Pedroncelli—AP
Ideas
By Jeffrey Kluger
Jeffrey Kluger is Editor at Large for TIME magazine and the author of ten books, including Apollo 13, Apollo 8 and two novels for young adults. He has written more than 40 cover stories for TIME on topics ranging from space to human behavior to climate to medicine. Along with others at TIME, Kluger is an Emmy nominee for the web series A Year in Space.

California does not often make common cause with Mississippi and West Virginia. America’s blue-red divide doesn’t come any wider than it does between the liberal laboratory of the Pacific West and the conservative cornerstones of the old south. But with a single signature on a single bill, California Gov. Jerry Brown ensured that the largest state in the nation joined the two far smaller ones in what ought to be a simple, primal mission: keeping children healthy.

The law, which passed the California legislature with bipartisan majorities, does a straightforward job—removing the religious and personal belief exemptions that allowed parents to refuse to vaccinate their children. The legislation leaves standing the medical exemption—the waiver families receive when a child has a manifest medical condition like a compromised immune system that would make vaccines dangerous. Under the new rules, families without the medical waiver face a choice: get your kids the shots or prepare to home-school them, which ensures they get an education but protects other children from whatever pathogens they may be carrying.

Mississippi and West Virginia are the only other states in the country that currently have such no-nonsense rules and they’ve got the stellar vaccination rates to prove it: fully 99.9% of the states’ kids are up to date on all their shots. California was right to follow the example of those southern-fried smarts. Only 90.4% of the Golden State’s kindergarteners had their full complement of vaccinations in the 2014-2015 school year. The worst offenders are the parents in the too-rich, too-famous, too-smart by half provinces of Silicon Valley, where vaccination rates in some day care centers struggle to crack the 50% mark.

That matters—a lot. When vaccine coverage falls below 95%, communities begin to lose what’s known as herd immunity, the protection a fully inoculated population provides to the relative handful of its members who can’t be vaccinated. California has suffered the consequences of that, with outbreaks of whooping cough and mumps across the state. Earlier this year, more than 100 cases of measles in California and Mexico were traced to a single unvaccinated visitor to Disneyland. That outbreak, at one of the state’s most iconic destinations, at last got Sacramento’s attention, and the new law, though hotly debated, passed.

Brown was vague at first about whether he would sign the bill and that left a lot of health policy experts worried. He had signed an earlier bill that preserved the personal belief exemption but at least made it harder for families to claim one. No longer could parents simply check a box on a form—an awfully easy thing to do without giving the matter much thought. Under the previous law, they would have to visit a health care provider who would sign a statement confirming that the parents had been informed of the benefits (too many to enumerate) and the risks (vanishingly small) of vaccination. Once they’re in the doctor’s office, plenty of parents come around. But Brown, a one-time Jesuit seminarian who has made no secret of his spiritual side over the years, carved out an exception in that law for religious beliefs.

He was right not to make the same mistake this time. There was a time when religious exemptions were no cause for worry. The share of Americans whose faith forbids vaccinations is exceedingly small, and as long as the herd remained intact, those kids would remain safe. But that was before the nonsense factory of the anti-vaccine community went into operation, churning out all manner of misinformation about autism and brain damage and big pharma conspiring with big government to inject unsuspecting children with toxins. The result: Vaccine rates have plummeted nationwide, and children have paid the price.

The tension between religious liberty and civic responsibility is hardly a new issue in the American system. If your religion does no harm to anyone else—least of all kids—you ought to be free to practice it in peace. But if that faith requires prayer to treat pediatric cancer or laying on of hands as a cure for severe pneumonia, the state ought to be able to intervene and provide proper care if you won’t and prosecute you if your child is injured or killed. In some states that’s indeed possible but in others it’s not, and a complex patchwork governs the level of care each state will or won’t mandate.

Mandatory testing for lead levels in blood? OK in most places, but not if you live in Delaware, Maine, Kansas, Illinois, Massachusetts, New Jersey and Rhode Island, where religious exemptions are available. Mandatory eyedrops to help prevent blindness in newborns? An important preventive for kids born to mothers with certain kinds of STDs—but they may be out of luck if they’re born in Colorado, Delaware, Florida, Idaho, Iowa, Maine, Michigan, Minnesota, Nevada, or Pennsylvania.

The kids, it’s worth noting, did not choose to be born in states with weak protections. And they don’t choose either to be born to parents who look at vaccines and see in them something sinister or dangerous or strangely unholy.

Anti-vax parents came into a world of medically rational adults who had seen the wages of polio or diphtheria or smallpox or whooping cough and were grateful for a preventive that could eliminate those horrors. Jerry Brown himself came into that world too. Contemporary children deserve the same kind of wisdom and the same kind of care the grown-ups around them enjoyed. And California children deserve a governor who will see to it that that they get it.

Today Brown lived up to that responsibility. 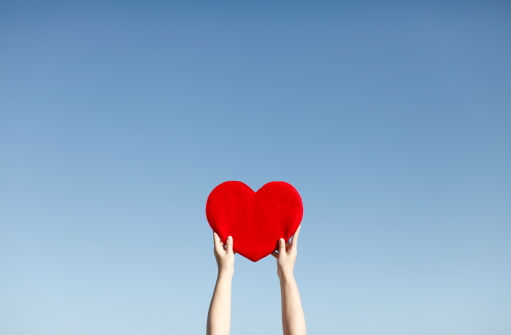 What It's Like to Be a Lesbian in Love With a Man
Next Up: Editor's Pick