Everything to Know About Greece's Economic Crisis

A. Long story. Greece’s economy was never strong enough to share a currency with Germany’s, but both sides pretended it was, as it satisfied Greek pride and Germany’s ambitions (suffused with war guilt) of building an ‘Ever Closer Union’ in a new, democratic Europe. Reckless lending by French and German banks allowed the Greeks to finance widening budget and current account deficits for six years, but private capital flows dried up sharply after the 2008 crisis, forcing Greece to seek help from Eurozone governments and the International Monetary Fund in 2010.

Q. But all that was 5 years ago. How has Greece not managed to turn the corner since then, when every other Eurozone country that took a bailout has?

A. Greece was the first country to ask for help, and the Eurozone was totally unprepared for it on all levels–political, technological, emotional, whatever. The IMF, too, had no experience of dealing with a country in a monetary union. Consequently, the bailout was badly conceived (a point admitted at the weekend by Dominique Strauss-Kahn, who was head of the IMF at the time), focusing too much on the budget balance and not enough on fixing Greece’s uniquely dysfunctional state apparatus. In a normal recession, government spending can offset the negative effects of private demand contracting, but in this case, the budgetary austerity drove Greece into a vicious spiral. The economy contracted by 25% between 2010 and 2014, fatally weakening Greece’s ability ever to repay its debts.

Q. But didn’t Greece already get a load of debt relief?

A. Yes, €107 billion of it in a 2012 debt restructuring, the biggest in history. But it was only private creditors–i.e., bondholders–who took the hit. The Eurozone and IMF refused to write down their claims (although they did soften the repayment terms), and the new bailout agreement was based on more assumptions (since exposed as too rose-tinted) that Greece could grow itself out of its troubles. The economy continued to shrink in absolute terms and unemployment shot over 25%, forcing an ever bigger burden of taxation onto fewer and fewer shoulders. That created the political environment for this year’s crisis.

Q. You make it sound like this year is different from the previous four…

A. Victory for the radical left-wing Syriza party at elections in January completely changed the political dynamic. Previous governments had come from the political mainstream, and reluctantly played along with rules dictated in Brussels and, indirectly, Berlin. Syriza didn’t have any truck with that. It has campaigned for a 50% write-off of its debts and a relaxation of its budget targets. It has been openly confrontational and reversed key reforms made by the previous governments, despite promising the creditors in February that it wouldn’t. Syriza’s tactics–embodied by Finance Minister Yanis Varoufakis, an economics professor specializing in Game Theory–have been a gamble that the Eurozone would rather make concessions than risk the economic havoc caused by a Greek exit.

5. That gamble has failed, hasn’t it?

As of today, yes. It’s Greece, yet again, which is bearing the burden of everything: the economy had shown signs of bottoming out before Syriza came to power, with business sentiment at its highest in seven years after a very good tourist season in 2014. But the brinkmanship has destroyed confidence, and caused a sharp rise in government arrears and deposit flight, capped now by capital controls and a week-long closure of the banking system. Eurozone financial markets aren’t taking it well, but the prospect of a ‘shock and awe’ intervention by the ECB is keeping the sell-off within limits Monday morning. A real “Grexit” may yet wreak havoc on the Eurozone too, but it’s unlikely that Prime Minister Alexis Tsipras will be around that long to reap the political rewards.

Q. Aren’t the creditors to blame too?

A. For sure, there’s plenty of blame to go round. Most people now recognize that the banks that had lent to Greece pre-crisis should have been forced to take more losses in 2009/2010. Now the Eurozone has effectively swapped the private loans for public ones, any debt write-offs have enormous political costs at home. But governments in Germany and elsewhere have made a rod for their own back by being so stubborn. When Greece defaults, they’re going to lose billions anyway, and the cost of their posturing will become clear to taxpayers who have only been told half the story. They have squandered a host of opportunities to manage that loss in a more orderly way. By failing to accommodate more willing (if still inadequate) Greek governments with debt relief earlier, they prepared the ground for Syriza’s rise.

Q. What happens next?

A. Greece will miss a payment to the IMF Tuesday, and its bailout will expire the same day. The ECB seems likely to ignore the default at least until the planned referendum on Sunday, anxious to avoid responsibility for precipitating the total collapse of the financial system. The creditors are hoping the Greek government will capitulate under the pressure, and be replaced by a new ‘government of national unity’. There’s no sign of that happening yet.

Q. But how long can the current situation go on?

A. The banks are closed until July 7, after the referendum. As long as they still have the lifeline of the ECB’s emergency credit facility (over €85 billion), the banks and the government can continue to operate, albeit in a very restricted fashion. But the government is due to repay €3.5 billion in debts to the ECB on July 20, and if it can’t do that, then the ECB will have to accept that the Greek state is bankrupt, and cancel that credit line. At that point, the banks will be insolvent, and it will only be possible to restore their solvency by re-denominating the rest of their liabilities (i.e. deposits) in a new Greek currency.

Q. How, legally, does Greece leave the Eurozone?

A. Nobody knows. Like Cortes burning his boats after arriving in Mexico, the E.U. deliberately chose not to draft rules for that eventuality when it formed its currency union. There are rules for leaving the E.U., but even Syriza doesn’t want to do that. We will be, as Irish Finance Minister Michael Noonan said at the weekend, “in completely uncharted waters.”

They’ll be damned choppy waters, too.

This article was originally published in Fortune.com 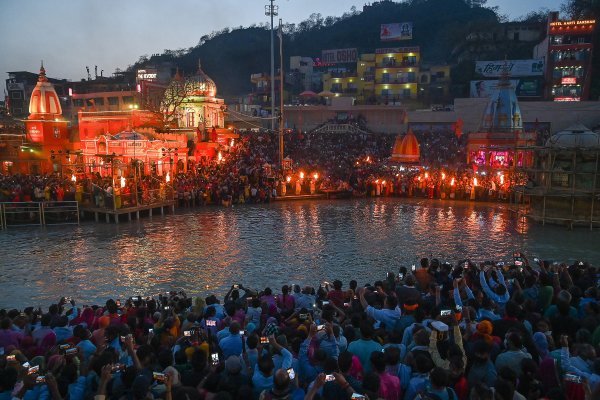