Thousands of people across India (and several from various corners of the globe) flooded social media Sunday with selfies taken with their daughters in response to a call from Indian Prime Minister Narendra Modi.

Modi appealed to his country during his monthly radio address to share photos with the tag #SelfieWithDaughter — an attempt to recognize and celebrate the girl child as part of his Beti Bachao, Beti Padhao (Save the Daughter, Educate the Daughter) campaign.

Modi mentioned the head of a small village in the state of Haryana (which has one of the most skewed sex ratios in the country) as the source of the idea, the Indian Express newspaper reported.

Many women, young and old, used the opportunity to take selfies with their doting dads as well.

Gender inequality has long been a major problem in India’s highly patriarchal society, where female children are being perceived as inferior and even killed in the womb or as infants — a phenomenon Modi has fought to reverse since he took office about a year ago. 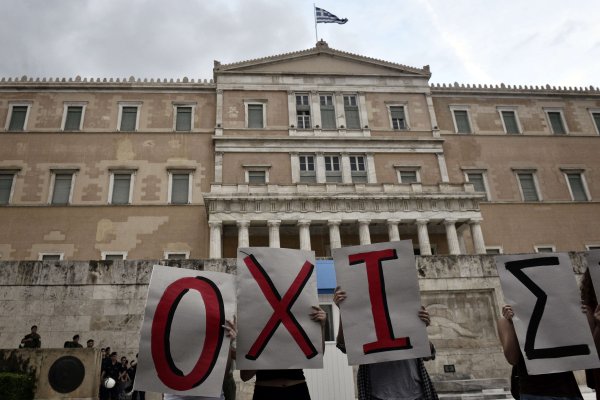 Greeks Wrestle With Bailout Dilemma as ATM Lines Grow
Next Up: Editor's Pick