Police in Turkey broke up a gay pride celebration in Istanbul Sunday with water guns and rubber bullets.

An annual gay pride celebration has been held in Istanbul for years and it is not immediately clear why police wanted to break up the celebration, Reuters reports.

Some speculated that conservative Muslim officials took issue with the event because it fell during the month of Ramadan this year. Homosexuality isn’t illegal in Turkey, but many in the predominately Muslim country still don’t approve of gays and lesbians.

The pride event was held in Istanbul’s Taksim Square, a large public gathering place that has been home to protests against the Turkish government. The Agence France-Presse reported that police targeted the crowd after hearing slogans accusing President Recep Tayyip Erdogan of engaging in “fascism.”

The violence captured the attention of some high profile figures in the U.S., where Pride Week celebrations are also under way: 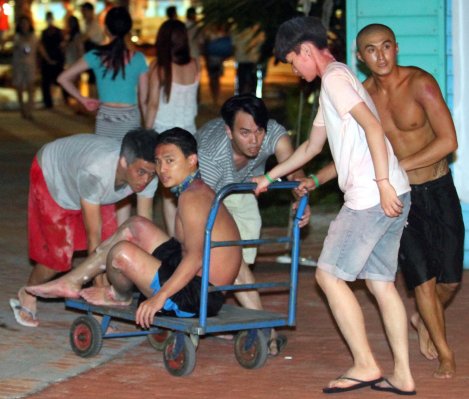