A SpaceX Dragon cargo capsule broke up shortly after launch on a mission to the International Space Station from Cape Canaveral, Fla. Sunday morning. The failure is the latest setback for SpaceX’s program to transport astronauts to the space station.

The shipment was carrying more than 4,000 pounds of cargo, including food for astronauts, spare parts and an adapter built to allow future manned missions to dock at the space station.

The adapter, which weighs more than 1,000 pounds by itself, was built by Boeing and plays an essential role in the government’s plan to send astronauts to space via manned rockets instead of shuttles. The astronauts have enough supplies to survive past September and two more shipments are scheduled to arrive before they would need to revert to reserves.

The company, founded by billionaire PayPal founder Elon Musk, had tried twice before to guide the rocket, which is only in use for a few minutes following launch, back to a barge where it could be safely collected, but both prior attempts had ended in failure. Collecting the rocket after launch would have been a significant advance, but instead the company will be dealing with a significant setback to its efforts to pioneer privatized space flight. SpaceX and Boeing both have contracts with NASA to develop a rocket to take astronauts to the space station.

The cause of the mission failure was not immediately clear, and Musk said on Twitter that his company would “review the data” and provide updates. Video shows the craft smoking and then exploding just a few minutes after launch.

Astronauts Kjell Lindgren and Scott Kelly had been slated to install the adapter during their first-ever spacewalk. TIME is following the historic yearlong mission to the International Space Station. See a trailer for A Year in Space here. 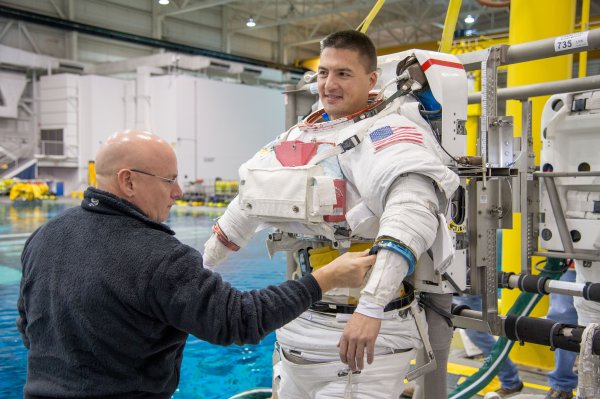 6 Ways Medicine in Space is Completely Different from on Earth
Next Up: Editor's Pick