English comedian Simon Brodkin, playing his character Lee Nelson, interrupts American singer Kanye West has he performs on the Pyramid Stage at the Glastonbury Festival of Music and Performing Arts on Worthy Farm near the village of Pilton in Somerset, South West England, on June 27, 2015.
Oli Scarff—AFP/Getty Images
By Dan Stubbs / NME

The stage invader who interrupted Kanye West’s headline Glastonbury performance on June 28 has been identified as Simon Brodkin, a British comedian best known for his character Lee Nelson, who had a TV show, Lee Nelson’s Well Good Show, in 2010.

Brodkin ran onstage in a “Lee-zus” T-shirt and carrying a mic during ‘Black Skinhead’, the fourth song of West’s set. Though he was quickly apprehended by a security guard, Brodkin’s actions disrupted the rapper’s debut headline show, and he was forced to restart the track.

Tweeting from his Lee Nelson account, the comedian wrote: “Some people were saying Kanye shouldn’t headline Glasto so I thought I’d give him a hand.”

Brodkin has form, having previously taken to the pitch at Everton’s football ground Goodison Park in an attempt to warm up with Manchester City in March 2013, an incident for which he was arrested. Brodkin claimed at the time that he was filming a prank for new BBC Three series. West’s Glastonbury set was being broadcast live on BBC networks. He was arrested a further time in 2014 for attempting to board a flight to the World Cup in Brazil with the England football squad.

Reaction to Brodkin’s stunt on Twitter was mixed, with some considering it a “taste of his own medicine” after West’s famous on-stage interruptions of Taylor Swift at the 2009 MTV VMAs and of Beck at this year’s Grammy’s. One Twitter user wrote that Nelson was “getting a taste of his own medicine”, but another commented “imagine being Lee Nelson & so irrelevant that the only way to remind people you exist is to crash a headliner at glasto.”

Kanye West’s headline slot proved controversial, and an online petition calling for the artist to be replaced by a rock band attracted more than 133,000 signatures, and festival booker Emily Eavis received death threats over Twitter. West labelled the petition “an insult to music fans all over the world”.

In spite of the controversy, the rapper drew a huge crowd to his Glastonbury performance.

This article was originally published at NME.com 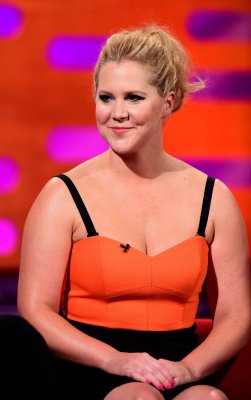 This Is Why Amy Schumer Turned Down Hosting The Daily Show
Next Up: Editor's Pick