The latest shark bites come after four other recent attacks in North Carolina. On June 14, a 16-year-old boy and 12-year-old girl were both attacked by sharks within an hour and a half of each other in Oak Island, N.C. Both kids lost part of their arms.

Though the recent cases are certainly a nerve-wracking trend for beach-goers, shark attacks are still considered rare. None of the attacks in the U.S. in the past year were fatal. Sixty-five percent of the them involved surfers or people doing board sports and 32% involved people who were swimming. 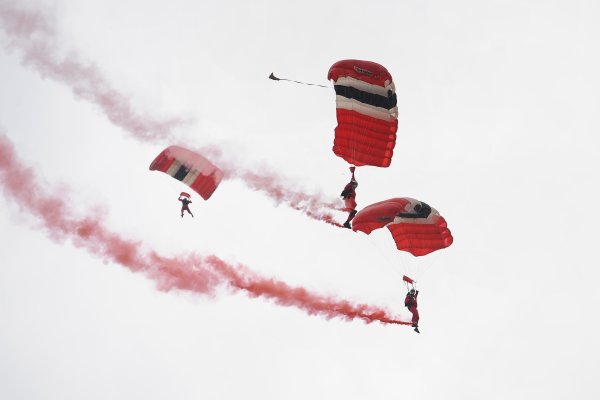 Watch a Soldier Get Saved in Midair After His Parachute Fails to Open
Next Up: Editor's Pick