This Is the Time to Move Past the God vs. Gays Debate

Same-sex-marriage supporters rejoice after the U.S Supreme Court hands down a ruling regarding same-sex marriage in Washington on June 26, 2015
Alex Wong—Getty Images
Ideas
By Brandon Ambrosino

Brandon Ambrosino is a freelance writer who covers religion.

Friday’s historic Supreme Court ruling in favor of marriage equality presents all of us with an opportunity to hit the reset button. The marriage question has cast its shadow over American discourse for the past several years, and now it’s time to move beyond the God v. Gays stalemate.

No doubt, there will continue to be some grumblings, both quiet and shrill, about the decision, mostly from religious people. After all, 50% of Americans believe homosexuality is a sin, according to a September Pew poll. And no doubt there will also be some grumblings, strangely enough, from some gay activists, many of whom have made a career out of finding homophobia everywhere.

But grumblings or not, gay marriage is now the law of the land. And all of us—right and left, gay and straight, religious and agnostic—need to take a moment to regroup and refocus. From this day on, we need to behave differently toward one another.

Since Christians are under an extreme obligation from their founder to take the lead on reconciliation, I think they should be the ones to set the example here. That means, whatever their private theological convictions on the matter, they need to respect the law and find ways to honor and even celebrate their gay neighbors’ happiness.

There’s precedence for this—in the New Testament. In the early years of Christianity, a very strict group of Jesus followers, called Judaizers, argued that all those who wanted to follow Jesus must be circumcised. Yet Jesus had made religion accessible to people who were previously barred from it, and if Christians were to follow in his footsteps, they had to find a way of continuing his message of inclusion. One way they did that was to observe the spirit of the law without enforcing its every impossible letter.

In 49 AD, at the first church council, it was decided that when it came to circumcision, what really mattered was spiritual circumcision: the shape of the heart. This decision was reached after a careful consideration of Scripture and theology within a newer, fresher historical context. This was an extension of Jesus’s common refrain, “You’ve heard it said like that, but I say it like this.” To truly think in a way that honors the memory of Jesus is to think within this paradigm.

Now apply that to gay marriage in Christian congregations today. The church clings to arguments about natural law and marriage the way that some in the early church held fast to circumcision. The theological task for today’s Christians is the same as it was for those in the first century: How can we open up the binding teachings of Christianity (marriage) to all who wish to pursue it? How can we remain faithful to the witness of Scripture in a way that honors what we continue to learn about human experience?

If Christians can’t find the humility to re-evaluate their most cherished beliefs about sexuality, then at the very least they should err on the side of charity and quietly resign themselves to the fact that marriage equality is here to stay. They should also realize the larger culture tends to paint them as homophobic, and that this picture—caricature or not—is a big reason many churches continue to bleed members.

Gay-rights activism is also in severe need of a makeover. We can be loud and mean and spiteful. We’ve made a pastime out of shaming gay-marriage opponents, and we’ve been far too eager to call for someone to get fired from his job simply because he tweets out his reservations about LGBT issues. Friday’s SCOTUS decision is an opportunity for us to take a step back, remind ourselves that we are in a good place politically and socially, and make a renewed commitment to mature, democratic discourse. This means acknowledging that progress has been made.

Gay men can also take this opportunity to rethink our focus on sex. When I think of gay legacy, I think about Armistead Maupin’s Tales of the City, and Will and Grace, and flashy pride parades, and the Folsom Street Fair, and Fire Island. Now that marriage is available to us, it’s time for some to stop behaving with a cavalier attitude about sex. The legacy I want to leave for the next generation of gay men is one defined by commitment, integrity, and monogamy. Friday’s decision helps me clarify that. 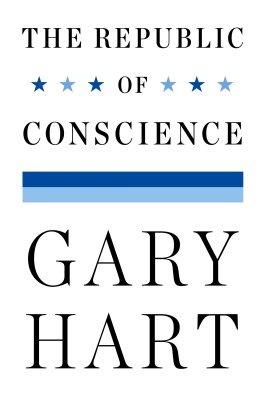 America's Founding Principles Are in Danger of Corruption
Next Up: Editor's Pick