5 Lessons I've Learned from People Who Stare at My Daughter

Ideas
By Jodie Gerling / The Mighty

We knew after our 20-week ultrasound our soon-to-be daughter would have many health issues, but we pressed on.

There were many questions of if there was cleft palate or cleft lip, as well as if her eyes would be wider or nose flatter. We knew to prepare ourselves ahead of time for the questions and stares. We stared ourselves, getting familiar with the intricately woven fabric of her face. Her slightly slanted eyes were wider than most. Her small nose was open on one side due to her cleft palate. She has a wider set chin and neck.

But she was ours and she’s perfect, and we’d tell the world about her and we would be fearless in sharing and teaching others about our daughter.

It was when I took her to our local hospital for labs with her home health nurse that the stares began. I distinctly remember a couple stepping in line in front of us at the admissions desk, acting as if we were invisible, which was hard to believe considering they looked right at us. As we left the admissions area, the same couple walked past my daughter in her stroller, decked out with a home ventilator, oxygen saturation monitor and numerous other pieces of equipment that made her life at home possible. They gave us a side-long disapproving glance.

I was shocked. I didn’t know what to say or think, but on the inside, I was fuming. Didn’t this couple know all people are created unique and different? That society has placed way too much emphasis on what is considered “normal” by simply judging one’s outward appearance?

I didn’t know what to say that day. And the truth is, I’m still not exactly sure what to say.

What I do know is I’m still struggling myself with what to say to others with disabilities. What I do know is on that particular day, my mama-bear instinct came out and I wanted to lecture this couple on appreciating the beauty in each and every person, regardless of their disability or uncommon features. I wanted to set them straight and tell them their behavior was unacceptable. I wanted to yell at the world for thinking there’s a right way and a wrong way as to how people should look. That it actually is okay to have a cleft lip that’s not fixed yet, and it’s on her to-do list — right behind open heart surgery.

But over the last few months, as we’ve ventured out more with our delicate daughter, I’ve learned in the beginning that I felt a sense of entitlement. I thought I could tell someone their response to my daughter was wrong and set them straight on how to treat others. However, I’ve since learned some new life lessons as I navigate these new waters.

Know they’ve probably never had many opportunities to interact with children like my daughter. Give them grace that they might not know what to say, or how to look, or if it’s okay to stare. Acknowledge they’re trying, even if it’s not quite what I want to hear. Then give them the grace to walk into an uncomfortable conversation in hopes of bringing comfort to them on this topic.

In the beginning, I took offense to so many things, thinking no one understood. But that’s just it: many don’t understand. And that’s okay. We’re in this together to learn together. Our family doesn’t have this all down, and our family and friends are learning right beside us. Before we had our daughter, we were these people too. People are going to say the wrong things, especially at the wrong times, like after a long day of appointments. But most of the time, they don’t know what they’re saying is wrong, they’re just trying to show support. It’s true many people don’t understand our journey, but that just means it’s our joy to help them understand, not to be offended and shut them out.

I’ve learned to be willing to open up and say to a stranger staring at my daughter, “Isn’t she beautiful? It’s okay to stare at beauty like that.” Then I smile and ask if they have questions or would like to talk about her. Be willing to be the one to open the door of communication. Often times others are too scared to ask questions for fear of offending.

We’d rather they say, “I’m sorry, I don’t mean to stare,” so we can say, “We want you to take in all of the beauty in her, not to look away as if to say she’s not worthy.”

We have this bag we call the “Bunny Bag.” It has a big bunny stuffed animal in it, along with the book “Audrey Bunny” by Angie Smith, about a bunny with an imperfect heart, and a short picture book called “Mattie Breathes” by Tracie Loux, about what a tracheostomy is in children’s terms and concepts. We’ve lent them to friends and to our kiddos’ playmates so they can learn more about our kids’ little sister. We’re teaching our friends, and they’re teaching their friends. Nothing makes our hearts soar more than when our friends say, “Will you teach me about Chloe?”

5. Be courageous enough to keep on keeping on.

At times, we’ve wanted to shut ourselves in and not venture out anymore due to the many stares, the comments and the sidelong glances. But what does that solve? It doesn’t help teach. It doesn’t help our daughter to thrive and grow. It doesn’t encourage our other children that it’s OK to look different. So we keep on keeping on. We continue to share pictures of her and share her life with others.

We don’t have it all figured out and we haven’t rehearsed some sort of speech to give each person who does a double take on our daughter. We’ve learned it’s not about feeling entitled to correct someone who says something wrong, but more about giving them grace and space to learn how to treat others with differences and disabilities. It’s more about gratitude for their desire to learn than it is about calling them out on the injustice of saying or doing the wrong thing.

Kindness goes a long way, and when it comes to teaching others about disabilities and differences, grace and kindness go much farther in the long road of changing the world’s view of what is considered normal.

This article originally appeared on The Mighty

More from The Mighty: 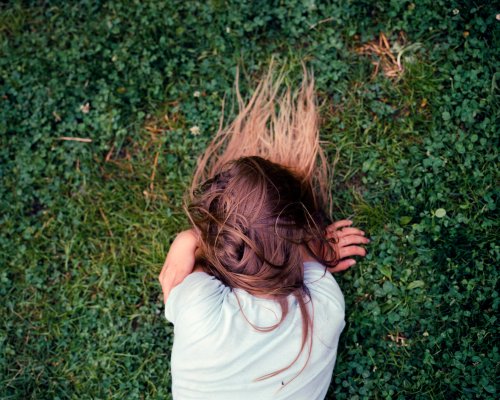 When Parents Publicly Shame Their Kids
Next Up: Editor's Pick