Since the Supreme Court ruled 5-4 on Friday that all U.S. states must recognize same-sex marriages, the Internet has been flooded with parodies of Justice Antonin Scalia’s blistering dissent and President Barack Obama.

In just a couple of hours, the message was retweeted more than 15,000 times and inspired multiple memes:

President Obama & VP Biden are proof that you need to be equal & compatible in order for ANY relationship to work. pic.twitter.com/sWsqkfjrG8

Dang, universal healthcare AND gay marriage in America by 2015 pic.twitter.com/tVou0FXMDM

literally everyone in front of a computer right now pic.twitter.com/VTuMyjcVkf

I'll save you the trouble of reading Scalia's dissent. #SCOTUSMarriage pic.twitter.com/PicfiXf1qH 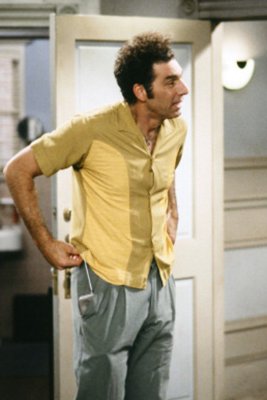 Watch a Real-Life Kramer Break the Door of the Seinfeld 'Apartment'
Next Up: Editor's Pick