Here's How Much Gay Marriage Could Add To The Economy

The Supreme Court ruled 5-4 today in favor of legalizing gay marriage throughout all 50 states of the U.S. as well as in the District of Columbia. And the decision may prove to be an economic boon for business in the country.

In an article last year, the Washington Post estimated that the decision could prove to be a $2.6 billion economic windfall in the next three years when passed across the U.S. That figure, which was calculated by the Williams Institute at the UCLA School of Law, sees the majority of its money coming from states including California, New York, Massachusetts, Pennsylvania, Illinois and Washington, the publication reported at the time.

For example, California calculated that over 50,000 gay couples in the state were expected to spend about $400 million, along with $31 million in local tax revenue.

The wedding industry in the U.S. is estimated to be worth over $51 billion.

Justin Nelson and Chance Mitchell, co-founders of the National Gay & Lesbian Chamber of Commerce, discussed the ruling in a statement, but said the fight for equality is far from over. “The Justices have affirmed what a bipartisan majority of Americans have come to understand: the freedom to marry is a constitutional right that is guaranteed to all Americans.”

“While recognizing this as a victory, NGLCC and its 42 affiliate chambers across the country understand that the LGBT movement must harness this momentum to secure greater equality, especially nondiscrimination protections for LGBT Americans,” Nelson added in a statement.

“It’s unacceptable that hardworking LGBT business owners still be discriminated against in corporate and government supply chains and that LGBT people can still be fired from their jobs in 28 states, evicted from their homes, or denied service in restaurants and shops simply for being who they are,” he said.

More more on marriage equality from Fortune, check out this article on corporate America putting its weight behind legalization. 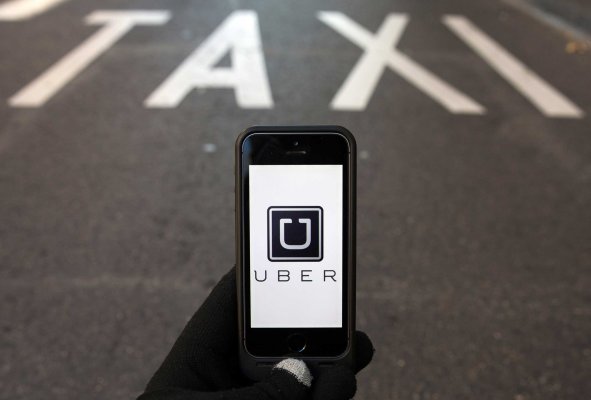 Uber: No Guns in Our Cabs, Please
Next Up: Editor's Pick