White House aspirants were out with statements responding to the Supreme Court legalizing same-sex marriage nationwide within seconds of the decision being announced Friday morning.

Democrats were elated with the decision, following that party’s swift turn on the issue over the last decade. The Republican reaction was more mixed, with all expressing disappointment with the high court’s ruling, but disagreeing on the next steps forward.

Social conservatives pledged to continue to keep fighting against same-sex marriage, while other candidates said they would move to ensure that those who object to such unions were not punished for their beliefs.

Supporters of gay marriage rally after the U.S. Supreme Court ruled on Friday that the U.S. Constitution provides same-sex couples the right to marry at the Supreme Court in Washington June 26, 2015.
Joshua Roberts—Reuters

Here are the reactions, in roughly chronological order: 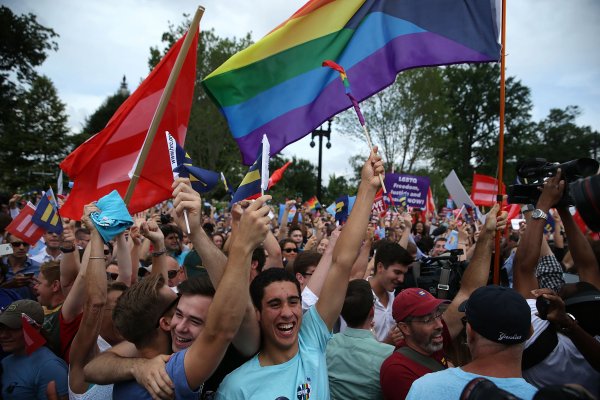 Read the 7 Most Memorable Passages in the Gay Marriage Decision
Next Up: Editor's Pick