Stonewall Bartender Remembers Life Before and After the Riots

Tree Sequoia, 76, has worked at the Stonewall Inn, the site of the 1969 riots, for 45 years. Life before the riots meant you risked imprisonment, being outed and ostracized from your family, he recalls. And after the riots, Sequoia said, it was the first time that members of the LGBT community could walk the streets with pride. Many historians credit the Stonewall riots as the catalyst that ignited the gay rights movement, led by trans women like Sylvia Rivera. 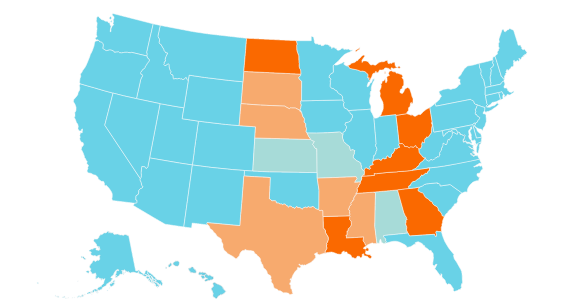 These are the States Where SCOTUS Just Legalized Same-Sex Marriage
Next Up: Editor's Pick