Here's How Celebrities Are Reacting to the Gay Marriage Decision

In light of the Supreme Court’s 5-4 ruling Friday that all U.S. states must recognize same-sex marriages, here is how celebrities and politicians have been reacting to the news on Twitter:

BREAKING: #SCOTUS has just announced that love is equal across the nation!!! #MarriageEquality #LoveAlwaysWins #Loveislove

I am overwhelmed with joy! It's feels good to be an American in all 50 states! There's still more to do, but I'm celebrating today! #LOVE

Today is a big step in our march toward equality. Gay and lesbian couples now have the right to marry, just like anyone else. #LoveWins

Proud to celebrate a historic victory for marriage equality—& the courage & determination of LGBT Americans who made it possible. -H

Let Freedom Ring: freedom to love, freedom to marry! Here is to our great nation further affirming life, liberty & the pursuit of happiness.

NEVER AGAIN will it be referred to as "gay marriage". It's now called "marriage." #SCOTUSMarriage

#MarriageEquaility!!!! A giant step towards our country being a better place to be!

"In forming a marital union, two people become something greater than they once were. It is so ordered." #SCOTUS xoxo pic.twitter.com/ZT5tl8uMTo 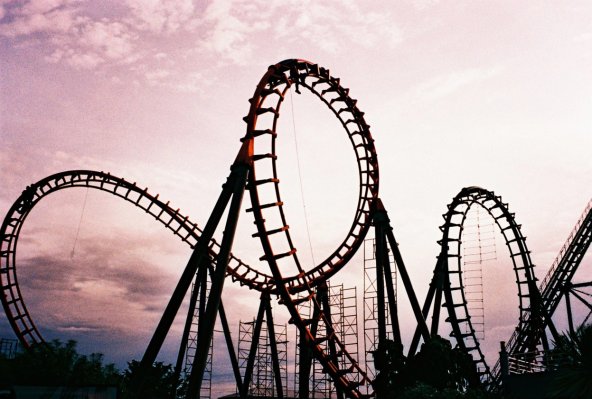 Here's How a Selfie Stick Ruined a Roller Coaster Ride
Next Up: Editor's Pick