Why You're Pretty Much Unconscious All the Time

Nobody's home: There's less of you here than you think
Getty Images
By Jeffrey Kluger

Your body has a lot of nifty parts, but it’s the brain that’s the it organ of the summer. The brain’s all-the-rage moment is mostly a result of the box office hit Inside Out, from Pixar, the animation company that had previously limited itself to such fanciful questions as “What would happen if your toys could come alive?” or “Are there really monsters in my closet?” With Inside Out, the filmmakers raised their game, taking on a rather more vexing issue: How does the brain work?

The answer—which involves five colorful characters living inside your head and operating a giant control panel—was perfect at a lot of levels, equal parts fairy tale, metaphor, and sort-of, kind-of, pretty good science. But no sooner did the problem get solved, than the real scientists came along and spoiled the party. And they did it in a big way.

In a new paper published in the journal Behavioral and Brain Sciences, a group of researchers led by associate professor of psychology Ezequiel Morsella of San Francisco State University, took on the somewhat narrower question of exactly what consciousness is—and came up with a decidedly bleaker view: It’s pretty much nothing at all. Never mind the five characters controlling your thoughts, you barely control them. It’s the unconscious that’s really in charge.

Morsella’s paper was not based on any breaking experimental work. There were no new brain scans or questionnaires or subjects being asked to respond to flashing lights or flickering images on a computer screen. Rather, the work involved little more than a group of really, really smart people thinking really, really hard about things. That, for better or worse, is how most questions about consciousness have been answered since humans began considering them, and the answers have often been pretty compelling.

The one Morsella and his colleagues came up with is something they call “Passive Frame Theory,” and their provocative idea goes like this: nearly all of your brain’s work is conducted in different lobes and regions at the unconscious level, completely without your knowledge. When the processing is done and there is a decision to make or a physical act to perform, that very small job is served up to the conscious mind, which executes the work and then flatters itself that it was in charge all the time.

The conscious you, in effect, is like a not terribly bright CEO, whose subordinates do all of the research, draft all of the documents, then lay them out and say, “Sign here, sir.” The CEO does—and takes the credit.

“The information we perceive in our consciousness is not created by conscious thought,” Morsella said in a statement accompanying the release of the paper. “Nor is it reacted to by conscious processes. Consciousness is the middle-man and it doesn’t do as much work as you think.”

There are deep evolutionary reasons for things to work that way. Humans, like all animals, operate as parsimoniously as possible; if we could be run entirely by our reflexes and instincts with no conscious thought at all, we would. There’s a reason you don’t stop to contemplate whether you should pull your hand off a hot stove, and instead simply do it. Consciousness in that case would just slow things down.

But as we became complex, social organisms, capable of speech and emotion and tool-making and more, we needed a bit of the brain that could step in not so much to run things, but to guide the body or choose between two or three very simple options. Take the experience of holding your breath underwater or carrying a hot dish. Your musculoskeletal system wants you to take a breath in the first case and drop the dish in the second. However, the part of your unconscious brain that is aware of consequences knows why both of those choices are bad ideas. So the conflict is served up to the conscious mind that keeps you in control until you’ve reached the surface of the water or put the dish on the table.

But the unconscious mind is far more powerful and creative than that. The authors cite language in particular—a human faculty that is considered perhaps our highest and most complex gift—as one more area in which consciousness is just a bit player. You may be the world’s finest raconteur, but when you’re speaking you’re only consciously aware of the few words you’re saying at any one moment—and that’s only so you can direct the muscles that make it possible to form and express the words in the first place. All of the content of your speech is being pre-cooked for you before you say it.

Things are a bit different if you’re, say, delivering a rehearsed toast or speaking in a language that is not your own; in these cases, the conscious mind has either mastered a script or is continually consulting an inner dictionary, reminding itself to convert, say, the English cat to the Spanish gato. But the whole goal of language fluency is to eliminate that step, to think in the second language and thus, once again, put the conscious mind out of work.

Morsella goes heavy on the acronyms to make his case. The brain’s guiding principle in mediating between the conscious and unconscious is described as EASE—for Elemental, Action-based, Simple and Evolutionary-based. The system for speaking one word instead of another or holding onto a hot dish even when you don’t want to is PRISM—for Parallel Responses into Skeletal Muscle. But those utilitarian terms do a very good job of capturing the utilitarian way the human system works.

We are, like it or not, biological machines, and the simpler we keep things, the less chance there is for a mistake or a breakdown. The mind, as the most complex part of us, needs the streamlining more than anything else. None of this changes the fact that our brains are the seat of our greatest achievements—our poetry, our inventions, our compassion, our art. It’s just that it’s the unconscious rather than the conscious that should take the bow. The only thing that should have any quarrel with that is one of our lesser impulses: our vanity. 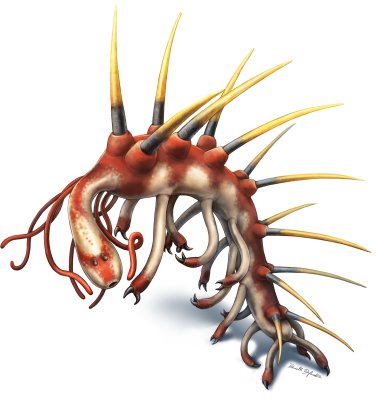