Members of China's national team take part in a training session at Lansdowne Stadium in Ottawa on June 25, 2015 on the eve of their 2015 FIFA Women's World Cup quarterfinal match against the US.
Nicholas Kamm—AFP/Getty Images
By Sean Gregory

They haven’t lost a single game in this World Cup. They haven’t given up a goal since the opener, stringing together a remarkable 333-minute shutout streak. On Friday night, they face China—a team that hasn’t beaten them in 24 matches, dating back to 2003—in the World Cup quarterfinals. They’re three games away from a championship.

So why all this anxiety about the U.S. women’s soccer team?

Despite the wins—and a scoreless draw with Sweden in group play—the team has drawn more critics than cheers. Eric Wynalda, the former men’s national team player and commentator for Fox, went so far as to call the team’s performance against Colombia, a 2-0 U.S. win in the round of 16, “pathetic.”

Wynalda, and other pundits, have pointed fingers at the coach, Jill Ellis, for the team’s lack of offensive dynamism. She’s employed a defensive-minded game plan—which has clearly worked. So far. If the team couldn’t rack up more goals against early-round competition, the U.S. will be in trouble against a Germany, France, or Japan. “There’s been a lack of offensive flow and rhythm,” said former U.S. star Julie Foudy, a member of the last American team to win a World Cup, in 1999. “They’re not creating a lot of chances, they’re not taking players on, it’s really been four stagnant games.”

OK, but what about all that winning? Does it count for anything? According to Foudy, an ESPN analyst, the complaining has a bright side: we gripe because we care. “It really speaks to the growth of the game here, that we’re all debating it, we’re talking about it, we’re not content with just winning anymore,” said Foudy. “Sure, you can win on good defense. And sure you can grind it out. But really, with more support, more funding, more kids playing in the United States, why are we relying on grinding it out anymore?”

For the Americans, the beautiful game needs to be more beautiful. To that end, Foudy’s hoping that Ellis will deploy three scoring forwards—perhaps a combo of Alex Morgan, Abby Wambach and Sydney LeRoux—against China, instead of the usual two. Such a formation would ease the burden on the veteran Wambach, 35, who has had to cover more ground in the two-forward set. “For her to be chasing balls down on into the corner flag is crazy to me,” Foudy said. “That’s not her game.”

Bottom line, Foudy wants Ellis to shake up the game plan now, before trying it out against Germany or France in the semis. Not that the U.S. can look past China. They’ve got strong goalkeeping, and can cause trouble off set pieces. China faced the U.S. in the epic ’99 final, but women’s soccer has declined in that country since that time: as the New York Times reports, only some 6,000 or 7,000 female players above the age of 12 are registered to play. Parents are more likely to stress school over soccer, which offers few opportunities beyond the national team. But China’s president, Xi Jinping, likes soccer, and is backing a plan to revive the game.

Heading into Friday night’s game, the U.S. is also missing midfielders Megan Rapinoe, who along with goaltender Hope Solo has probably been America’s MVP this tournament, and Lauren Holiday, who’ve been issued two yellow cards in the tournament, and thus have to sit out a game. Still, said Foudy, “the U.S. should be absolutely fine” against China.

Fine, however, is no longer fine. The Americans need to win big to temper all this stress. Until the next game at least. 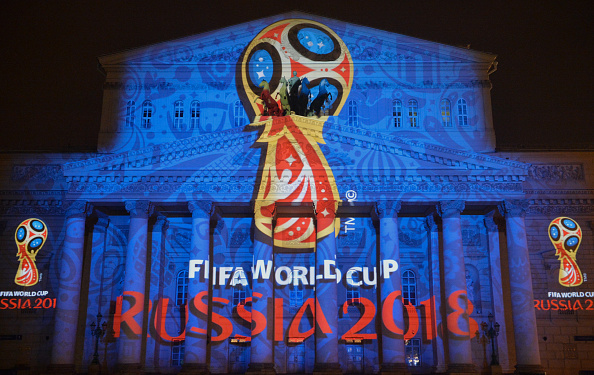 Russia, Qatar World Cups Could Be Taken Away
Next Up: Editor's Pick