The Dark History of Fireworks

circa 1960: An American flag flies on a flagpole while fireworks explode in the background
Hulton Archive / Getty Images
By Jennifer Latson

A spectacular pyrotechnics display almost never disappoints. So, the week before Independence Day in 1964, New Yorkers with a view of the Hudson River were delighted by a preview of the fireworks they weren’t expecting until days later. Assuming it was a planned lead-up to the Macy’s Fourth of July show, they clapped and cheered, per TIME — and only later learned that they’d witnessed the accidental eruption of a barge full of fireworks, which killed two crewmembers and injured four others.

“So thoroughly institutional have fireworks become these days that the postwar generations hardly think of them as dangerous,” TIME lamented.

But Americans had been downplaying their dangers for more than a century by the time of the barge explosion. Fireworks first became a Fourth of July fixture in the mid-1800s, according to Fireworks, Picnics, and Flags: The Story of the Fourth of July Symbols. These early incendiaries were unrestricted and widely available to the general public, who came up with inventive and sometimes inhumane ways to use them: throwing them at horses, for example, or putting them under milk bottles and flowerpots to create explosive bursts of dangerous shrapnel.

Not everyone saw the patriotism in blowing things up, of course. The book excerpts a Pennsylvania man’s diary entry from Independence Day, 1866:

Statistics offer an even grimmer snapshot of the harm done by an unregulated fireworks industry: Over the course of five consecutive Fourths, from 1903 to 1907, 1,153 people were killed and 21,520 more were injured, per the Fireworks authors.

Those numbers have declined over the years, although they’re still high enough for alarm. In 2013, the worst Fourth for fireworks casualties in over a decade, more than 11,000 people were injured and eight were killed, either from head and chest trauma or in house fires resulting from the blasts, per the Washington Post.

In recent years, the most devastating explosions have occurred where fireworks are manufactured and stored—for example,in 2000, a Dutch fireworks factory blew up with such force that it leveled 400 houses, killing 17 people and injuring more than 900, according to TIME—but it’s still worth remembering that a more complete Fourth of July wish might be for the holiday to be not just happy, but also safe.

Read the full account of the 1964 fireworks accident, here in the TIME archives: Safe & Sane 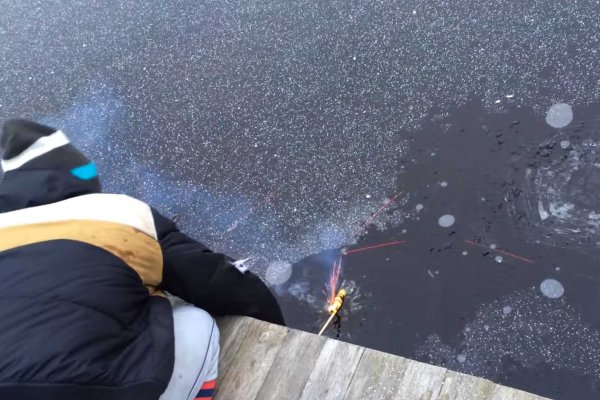 Here's What Happens When You Set Off Fireworks Beneath the Surface of a Frozen Lake
Next Up: Editor's Pick