Justice Antonin Scalia at the "Magna Carta: Muse and Mentor" evening program at the Library of Congress on Nov. 6, 2014.
Kevin Wolf—AP
Ideas

By upholding a key provision of the Affordable Care Act (ACA) in King v Burwell, a majority of the U.S. Supreme Court demonstrated that while the conservative revolution led by Justice Antonin Scalia may have had a strong impact on the court (and on the nation), it has not succeeded in winning over Justice Anthony Kennedy or Chief Justice John Roberts. Thus, while Justice Scalia has won many battles, he has not won the war. And in today’s King v Burwell decision he lost a major battle.

Justice Scalia has fought tirelessly both to limit the court’s focus in interpreting statutes (in other words, to look only at the letter of the law and not at the broader purpose of the legislation) and to limit the power of the national government.

For Justice Scalia, the answer was easy: “established by the state” could not possibly mean “established by the state or the federal government.” Had Justice Scalia’s textualism prevailed, the decision would have gutted the ACA. Six million people in the 34 states where the federal government runs the insurance marketplace could have lost subsidies, and premiums could have skyrocketed.

But that didn’t happen. Instead, Chief Justice Roberts wrote an otherwise unremarkable opinion that invoked traditional principles of statutory interpretation and examined the meaning of the phrase “established by the state” in context.

And a contrary interpretation would have defeated the central purpose of the statute. In this approach, the court acts as Congress’s partner, not its censor.

In his dissent, Justice Scalia was clearly furious that Chief Justice Roberts refused to endorse his revolutionary approach to statutory interpretation.

From Justice Scalia’s perspective, Chief Justice Roberts’ heresy was magnified by the fact that the chief justice cast the deciding vote to validate the Affordable Care Act in NFIB v Sebelius in 2012, in which the legality of the individual mandate was upheld.

When Justice Scalia gets mad, he does not hold back. He has often adopted fairly sharp language in his dissents, but even by that standard, his dissent in King v Burwell is extraordinary in tone:

His vituperation reaches a crescendo in the conclusion where he snipes, “We should start calling this law SCOTUScare.”

One can debate the appropriate moniker for the ACA, and one can debate whether we should call this the Roberts Court or the Kennedy Court, but what is beyond debate is that this is not the Scalia Court. 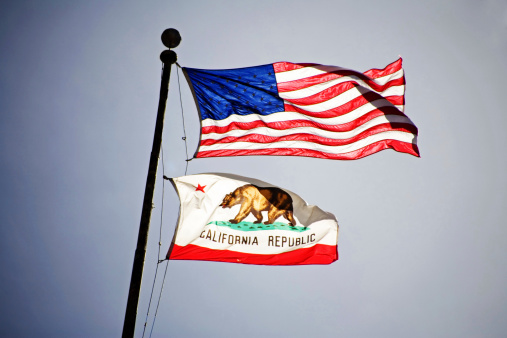 California, Where Brown and Gray America Collide
Next Up: Editor's Pick