The newly renovated death chamber at the Oklahoma State Penitentiary in McAlester, Okla., on Oct 9, 2014.
Sue Ogrocki—AP
By Josh Sanburn

The U.S. Supreme Court ruled 5-4 Monday that Oklahoma’s lethal injection protocol is constitutional, finding that the use of the sedative midazolam in a three-drug cocktail does not violate the Eighth Amendment’s prohibition on cruel and unusual punishment.

The central issue in the case was whether the drug can be used in executions without violating the Constitution. Oklahoma was one of small number of states that incorporated midazolam into a new lethal injection formula after drugs for the established protocol became harder to acquire. The case was brought by Richard Glossip, a longtime Oklahoma death row inmate, and two other prisoners.

The court found that the inmates failed to prove that midazolam given in large doses leads to a substantial risk of severe pain and did not identify an alternative method of execution that significantly reduces that risk, a standard established in Baze v. Rees, a 2008 case in which justices upheld Kentucky’s three-drug combination.

In the majority’s ruling, Justice Samuel Alito wrote that “because some risk of pain is inherent in any method of execution, we have held that Constitution does not require the avoidance of all risk of pain. … Holding that the Eighth Amendment demands the elimination of essentially all risk of pain would effectively outlaw the death penalty altogether.”

Following the ruling, Oklahoma announced it would resume executions, which were on hold pending the court’s decision.

“This marks the eighth time a court has upheld as constitutional the lethal injection protocol used by Oklahoma,” said Oklahoma Attorney General Scott Pruitt in a statement. “The Court’s ruling preserves the ability of the Department of Corrections to proceed with carrying out the punishment of death.”

In the last few years, the landscape has dramatically shifted as states have experimented with new drug combinations in response to dwindling supplies of drugs for established lethal protocols.

Last year, the executioners of three separate inmates—Dennis McGuire in Ohio, Clayton Lockett in Oklahoma and Joseph Wood in Arizona—appeared to experience serious problems in rendering those inmates unconscious. All three were given midazolam as part of the cocktail of drugs, raising questions about its effectiveness. A number of anesthesiologists have criticized states’ use of the drug, saying it’s not an appropriate anesthetic to use during an execution because it doesn’t induce a full state of unconsciousness, potentially leading to a painful execution that could be considered cruel and unusual.

In Lockett’s execution, which was at the heart of the case, the inmate apparently woke up during the procedure after officials had trouble securing an IV in Lockett’s arms. They eventually placed an IV in Lockett’s groin, where it become dislodged, allowing midazolam to leak into the inmate’s surrounding tissues instead of the bloodstream. The execution lasted almost 45 minutes.

Afterwards, Oklahoma suspended future executions and changed its lethal injection policies. Meanwhile, death row inmate Charles Warner and 20 other inmates sued the state over the practice. Warner was executed in January. Three other inmates, including Glossip, eventually brought the case before the Supreme Court.

In December, a district court concluded that midazolam rendered inmates “insensate to pain,” but the plaintiffs argued there was no evidence to support that and appealed.

The case ultimately turned on a very narrow question: whether midazolam sufficiently induced unconsciousness in which an inmate would not feel pain from two other drugs being administered, especially potassium chloride, which one inmate described during an execution as feeling as if he were on fire.

The prisoners were unable to convince the nine justices that midazolam was an inadequate drug for lethal injections or had a “ceiling effect” that rendered the drug ineffective in reducing pain at a certain point.

“Petitioners have not proved that any risk posed by midazolam is substantial when compared to known and available alternative methods of execution,” Alito wrote. “Second, they have failed to establish that the District Court committed clear error when it found that the use of midazolam will not result in severe pain and suffering.”

According to the Death Penalty Information Center, four states—Arizona, Florida, Ohio and Oklahoma—have used the drug during executions while five other states have proposed administering it.

Two justices—Stephen Breyer and Ruth Bader Ginsburg—deviated from ruling on the efficacy of midazolam and instead wrote that capital punishment itself may be unconstitutional. In a lengthy 46-page dissent, the justices said that the death penalty’s arbitrary application and the significant delays between sentencing and execution may violate the Eighth Amendment’s ban on cruel and unusual punishment, and they called for the court to fully address its constitutionality. 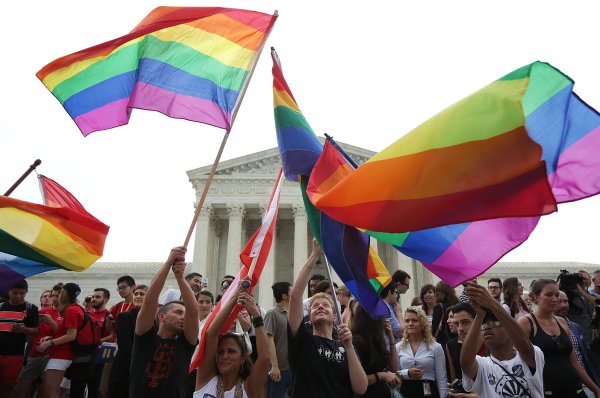