This Is What 'Jiggery-Pokery' Means

In a blistering dissent, Supreme Court Justice Antonin Scalia wielded an insult on Thursday that has caught the Internet’s attention. Arguing against his colleagues’ reasoning in their decision to allow health care subsidies nationwide, Scalia accused them of “interpretive jiggery-pokery.”

If you’re not familiar with the term, Jiggery-pokery dates back to at least the late 1800s, a rhythmic English phrase describing dishonest manipulation or nonsense, akin to hocus pocus, humbug, bambosh, baloney, berley (among the Australians), bunkum, hogwash (also known as eyewash), flapdoodle, flim-flam, flumadiddle, rubbish, galbanum (coming from a French word for empty representations), hooey, hot air, motormouthing, poppycock or malarkey, as Joe Biden is wont to say.

Editors at the Oxford English Dictionary traced this particular phrase back to the Scottish word jouk, which means to skillfully twist one’s body to avoid a blow—to manipulate oneself like an acrobat. Scalia, in this case, insinuates that his colleagues bend themselves and dissemble in order to work around the truth by misinterpreting words of the law.

Among the Scots, the word jouk led to the notion of joukery or jookery to describe underhanded dealing or trickery. Pawky is another Scottish word, meaning artfully shrewd. A pawk, on its own, is a trick. And by 1686, some inventive Scottish speakers had combined the words in the phrase joukery-pawkery, which they used to refer to clever trickery or slight of hand.

One might declare, as Sir Walter Scott did in his 19th century tale The Black Dwarf, that “There has been some jookery-paukery of Satan’s in a’ this!” From there, it was not a long linguistic path to becoming the jiggery-pokery that sent America running to their dictionaries this week.

Katherine Martin, the head of U.S. dictionaries at Oxford, recalls that Scalia pulled a similar trick in 2013, when he used the “colorful reduplicative colloquialism” argle-bargle. Both she notes, are uncommon in American English, while jiggery-pokery is more commonly used among the Brits than argle-bargle, which describes a disputable bandying of words, a bit like bafflegab.

Just as when Sen. Ted Cruz used the word “squish” to insult his rivals, Scalia’s dissent is a reminder that a life in government needn’t be lived while only using serious sounding words. Politicians can, after all, be fairly called snollygosters and quockerwodgers who flip-flop and kick tires—or, as Scalia might say, flapdoodlers who deceive themselves and others with their jibber-jabber. 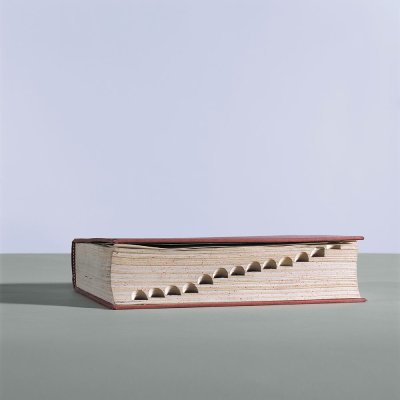