People cheer in front of the US Supreme Court after after ruliing was announced on the Affordable Care Act. June 25, 2015 in Washington, DC.
Mark Wilson—2015 Getty Images
By Maya Rhodan

The decision upholding subsidies in the Affordable Care Act went from the Supreme Court straight to the 2016 presidential election.

Almost immediately after the nation’s highest court handed down a 6-3 decision upholding a key part of Obamacare, the contenders for the Republican presidential nomination weighed in, arguing that the fight isn’t over.

Former Florida Gov. Jeb Bush issued a statement of disappointment and said as president he would “make fixing our broken health care system one of my top priorities.”

Florida Sen. Marco Rubio vowed to continue fighting to repeal the law in order to replace it with a “consumer-centered plan.”

In a statement, Wisconsin Gov. Scott Walker, who is expected to enter the race soon, called on Republicans in Congress to “redouble their efforts to repeal and replace this destructive and costly law.”

Texas Sen. Ted Cruz tweeted that the court ruling hadn’t changed his stance on the law.

South Carolina Sen. Lindsey Graham argued that the ruling was even more of a reason to elect a president opposed to the law.

And former Arkansas Gov. Mike Huckabee issued a scathing critique of the decision, calling it an “out-of-control act of judicial tyranny.” 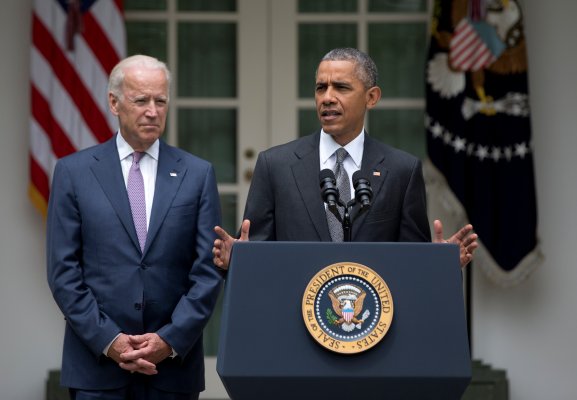 Obama on Health Care Ruling: 'Today Is a Victory'
Next Up: Editor's Pick