Driverless cars have become a moonshot project for tech companies around the world, and Microsoft’s Co-founder and world-leading philanthropist Bill Gates believes there’s one company that will rule the space.

In a conversation with Financial Times Editor Lionel Barber at an event in London Wednesday, Gates shared his thoughts on issues ranging from the global economy to robots to Silicon Valley. Gates said a real tipping point for change in driving will come from self-driving cars, calling it “the real rubicon.” And Uber is primed to take the lead, he added.

If Gates is correct, it will validate recent moves by Uber to invest in self-driving technology. Earlier this year, Uber announced a partnership with Carnegie Mellon University to create the Uber Advanced Technologies Center in Pittsburgh “to do research and development, primarily in the areas of mapping and vehicle safety and autonomy technology.”

CEO Travis Kalanick has made it no secret that his company sees a future where we drive without our hands on a steering wheel. “The reason Uber could be expensive is because you’re not just paying for the car, you’re paying for the other dude in the car,” Kalanick said in a conference last year. “So the magic there is you basically bring the cost below the cost of ownership for everybody, and then car ownership goes away.”

The move has set Uber up for a battle with Google. Last year, at the Code Conference, the tech giant made public a two-seater, self-driving car after years of research. Both companies, however, will have to battle the public’s perception on giving up control of a car. A survey conducted by NerdWallet found that only 37% of women and around half of men expressed any interest in owning a self-driving vehicle. 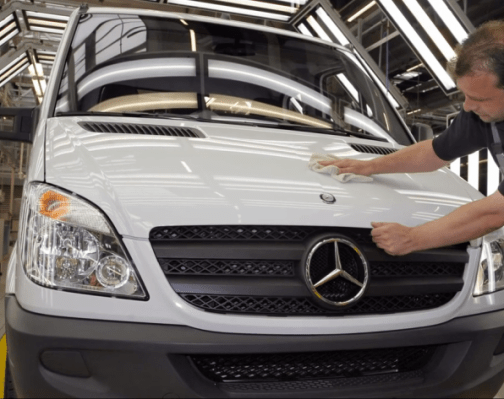 Mercedes’ Next Sedan Does Something Very Special
Next Up: Editor's Pick