Secrets can be explosive—literally. That’s what’s at the crux of WGN America’s second-ever original series Manhattan, which takes a fictionalized look at the creation of the Manhattan Project in the small town of Los Alamos, New Mexico, and the personalities that get caught up in it.

“Manhattan began as one of those shows that seemed just good enough–one of the growing mass of competent cable series that I might watch regularly if I had 72 hours in a day,” wrote TIME television critic James Poniewozik, who called the show the season’s “secret weapon” in his review of the first season. “I would fall behind and catch up, but as it went on, it grew into something special. Like Masters of Sex, it used a fictionalized version of history to tell human stories at the same time, while dramatizing the excitement of scientific discovery.”

In addition to the show’s already winning combination of a period-drama premise, a New Mexico setting, morally ambiguous characters and the thrill of Soviet espionage, season two will add a number of new characters when it returns this fall. Mamie Gummer (Emily Owens, M.D., The Good Wife) joins the cast as a spy named Nora sharing secrets with the Soviets; Griffin Dunne (Dallas Buyers Club) will play a journalist who gets on the trail of the project; and William Petersen play the religious Colonel Emmett Darrow, a man convinced that atomic bombs are God’s will.

Get a taste of the new season in a new teaser premiering at TIME, above. 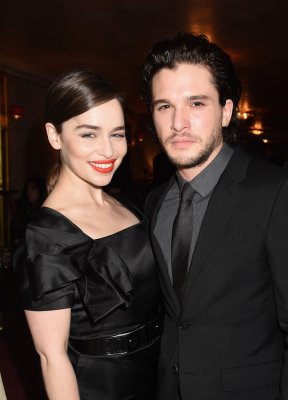 Game of Thrones Actress Hints at Jon Snow's Return
Next Up: Editor's Pick