According to a report published in Variety, Ezra Miller is eyeing a role in Fantastic Beasts and Where to Find Them, a spinoff of J.K. Rowling’s wildly popular eight-film Harry Potter franchise.

Miller would be joining Oscar-winner Eddie Redmayne, who has already been cast in the lead as Newt Scamander, and Katherine Waterson (daughter of Law & Order actor Sam Waterson). The 22-year-old actor, who was recently cast as The Flash and will make his debut in the role in Batman v. Superman: Dawn of Justice, will be playing Kredan, an American with magical powers.

Fantastic Beasts will be set in New York approximately 70 years prior to the events of the Harry Potter series, and is based on a textbook taught at Hogwarts. David Yates, who helmed the final four Potter films, will direct and Rowling will write the script,

The movie is currently slated for release on November 18, 2016. 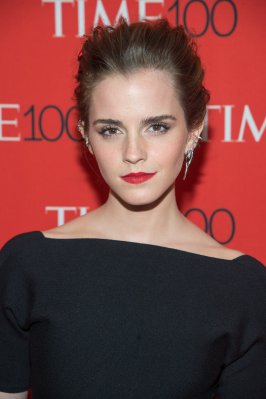 Emma Watson to Star With Tom Hanks in The Circle
Next Up: Editor's Pick